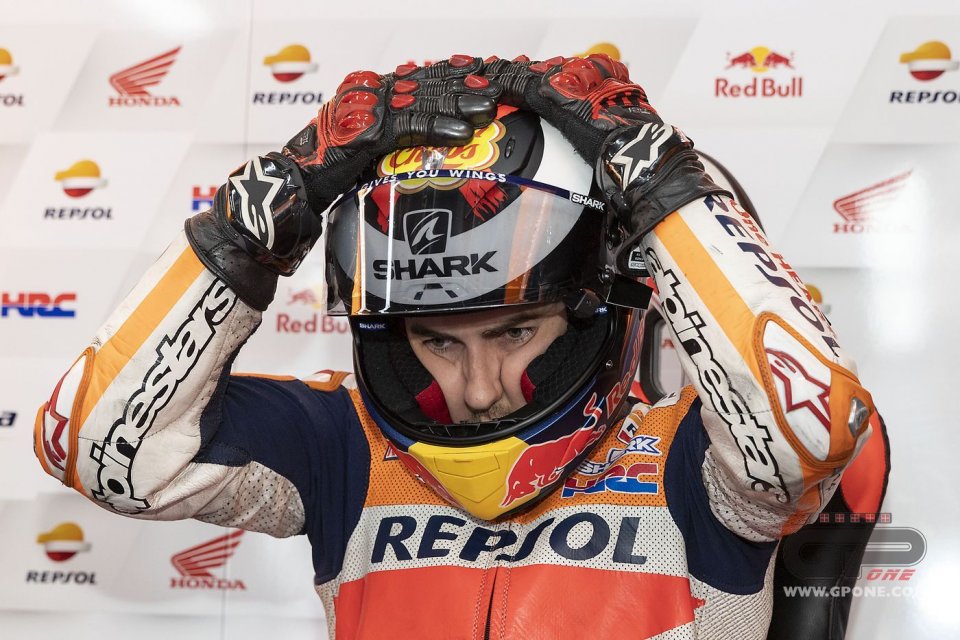 Jorge Lorenzo had to grit his teeth. The Japanese Grand Prix was yet another race of suffering for him, since he had to deal with his own health conditions and, consequently, with a Honda that only Marc Marquez can ride.

Despite the many difficulties, the rider from Mallorca has no intention of giving up, looking at the glass half full.

“We took a small step forward with the bike, especially with regards to gaining confidence," #99 started. "In the early stages of the race, I struggled because I lost lots of seconds with a full tank, about two per lap. In fact, I made a change to the ergonomics during the warm up, and I had to adapt to the situation. The bike was stiff, and I struggled to get off the track. I wasn't even able to face the curves like I wanted. In fact, several riders overtook me, like Abraham and Syahrin."

"In the second part of the race, when the gas level dropped after the 12th lap, I was able to have fun with Honda, finding the sensations I had been missing for a long time. In fact, I was fast, racing a second faster. Too bad I wasn't able to ride like in the beginning. Maybe, instead of finishing at 40 seconds, I could have finished at 30. This is the shotest gap for me since I returned to the track after the injury. So, I'm happy with how I rode, even if the result doesn't prove me right."

Many people wonder what's the point in continuing this adventure with the Japanese team.

"We have to deal with many factors. Two things are clear. At the moment, the bike doesn't fit my riding style, since I always have to ride in a forced and unnatural way. The second, my injuries, since they influenced me. Like I said many times, the fact that Honda focused on the engine has resulted in losses in other areas, so we struggle. If all this doesn't happen, maybe we can have a complete and easier bike, and not only for Marquez."

Jorge swears his allegiance to Honda.

"There are no other options than to continue with Honda. In the end, I signed a two-year contract last year. My goal is to be competitive with this bike."

"We know it's a unique track, where we can find different conditions, such as heat or cold. Personally, the only important thing is to stay focused on my riding, trying to do my best."