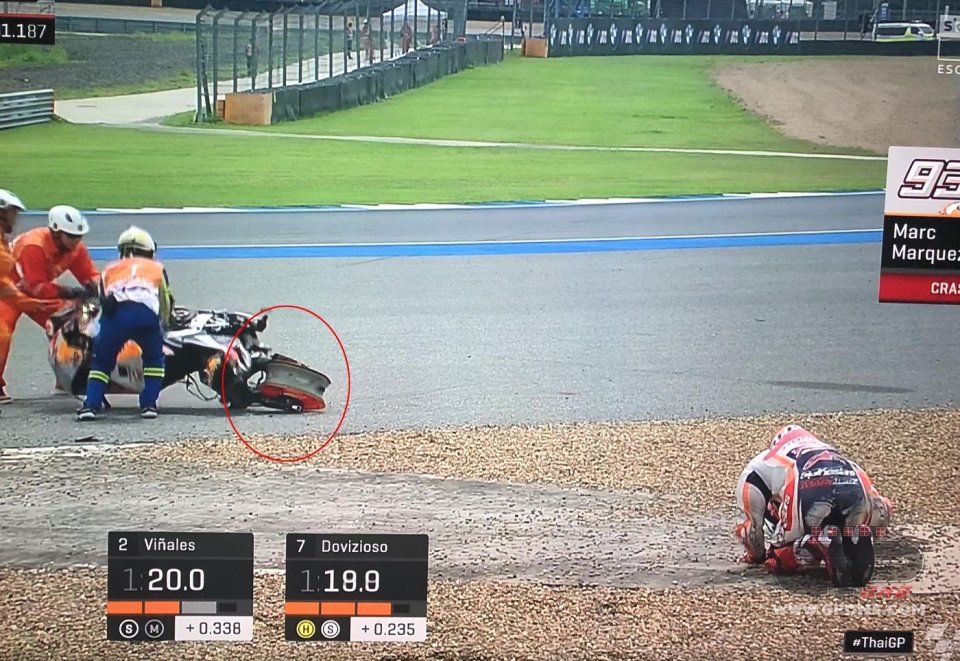 In the next few hours, we will likely know the cause of the violent highside Marc Marquez has suffered  at turn 7 of the Buriram track.

The sight of his Honda RC213-V upside down and without the rear tyre, brings to mind a similar incident involving Freddie Spencer in South Africa in 1984.

At that time, it was one of the first examples of a carbon wheel to break, and we still remember HRC boss, Yoichi Oguma, coming to ask all those present (at the time, without TV, we would watch the practices trackside) to give back any piece of debris they might have picked up at the scene of the accident. Useful for analysing the reasons behind the fault, which HRC ultimately admitted was their mistake.

In Marc's case though, despite the lack of tyre, the wheel appears intact, but it's hard to say from the only image we have available, that taken from the TV. The bike was immediately covered up and returned to the garage, where it was surrounded by the mobile panels that mechanics often use to high the most delicate operations.

Probably, during the impact at the rear  of the RC213-V, it was the swingarm to break, though a wheel has been known to break as recently as 2011, that of the Ducati of Maxime Berger. But we're talking about quite another wheel and quite another bike.

The most likely cause is that the swingarm broke in the crash, though only careful analysis of the film and, in Honda's case, of the evidence, can tell us for sure. Suffice to say that Danny Aldridge, FIM Technical Director, headed to the Repsol-Honda garage to check on the state of the RC213-V in person . Safety above all else.

HERE IS THE SERIES OF TV IMAGES OF THE CRASH 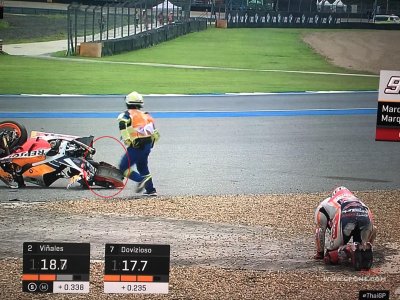 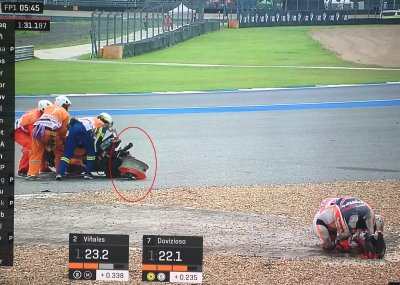