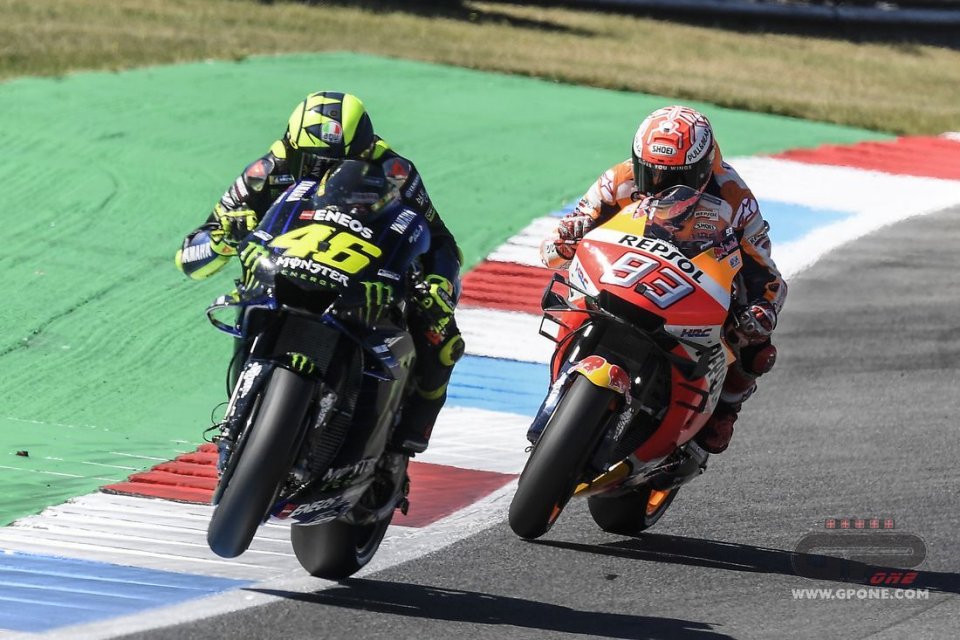 The official statement will arrive later, but we can already anticipate that the Stewards Panel decided not to take action after the episode that involved Valentino Rossi and Marc Marquez during qualifying in Misano.

The two riders were summoned before the FIM commissioners at 4:45pm and presented themselves accompanied by their respective team managers, Maio Meregalli and Alberto Puig.

The meeting did not last long, about 10-15 minutes. The Stewards, led by Freddie Spencer, listened to Rossi's and Marquez's versions, then decided not to give either one a penalty.

They will be issuing a statement in the next few hours explaining their reasons.

Jarvis against the Stewards: "They measure with inconsistent, subjective...