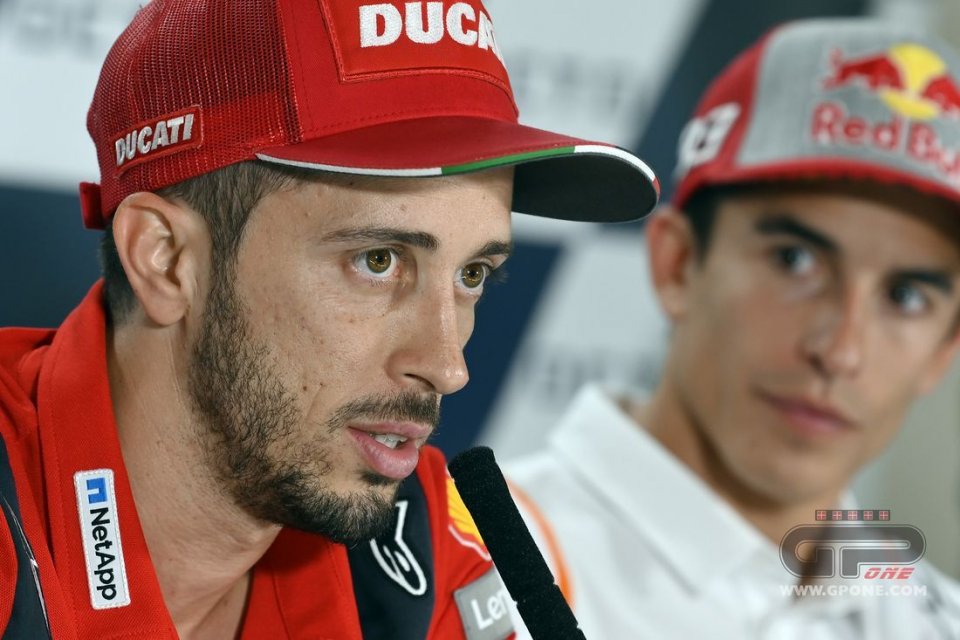 The blow at Silverstone is behind us and the memory is back too. "I got really angry when I found out it wasn't my fault,"  laughed Dovizioso. The most important thing for Andrea is being in shape for the Misano GP. Not a normal race, especially if you ride a Ducati. Speaking of the Monza Grand Prix, Charles Leclerc stated that he felt like he was driving for an entire nation on the Ferrari.

"In a certain sense, the excitement is similar, like Ducati and Ferrari, but a lot of fans are rooting for Valentino in the MotoGP, so if you only see red in Monza, in Misano there's lots of yellow," explains Dovi. "Anyway, for an Italian to race here with Ducati is something special."

Could a 3rd GP be held in Italy?
"That would be cool, but where? We could build a new circuit."

Are you ready to hold up the flag?
"I have only a few bruises left. I can give it my all both in the gym and on the bike and, to be completely sure, I went to do some motocross," he laughed. I can say that both the airbag and my body reacted well to the impact."

Were the tests useful?
"Yes, since we found a completely different situation compared to last year regarding the asphalt. There's less grip, and this has forced us to adapt to the new conditions."

You won here last year.
"Yes, I was really fast, but a lot has changed since then. Now my rivals are stronger and, like I said, the track has changed. I don't know if the less grip is due to the treatment or if the asphalt is worn, but this is the situation."

With what state of mind are you getting onto the track?
"I'm psyched enough to try for a fabulous weekend."

Who do you fear?
"The Yamahas all did great in the tests. They'll be more competitive than at Silverstone. Marquez also went well, and Rins, as always, will be with us in the race."

Do you think of the 78 points behind Marquez in the rankings?
"My approach in these last few races won't change because the best way to get good results is to race like I've always done. Of course the gap is big, even more so if you think that Marc is the rider on which you have to recover points from. Right now, there's no reason to think about the championship since, in some races, we weren't fast enough. We need to focus on improving the Desmosedici."