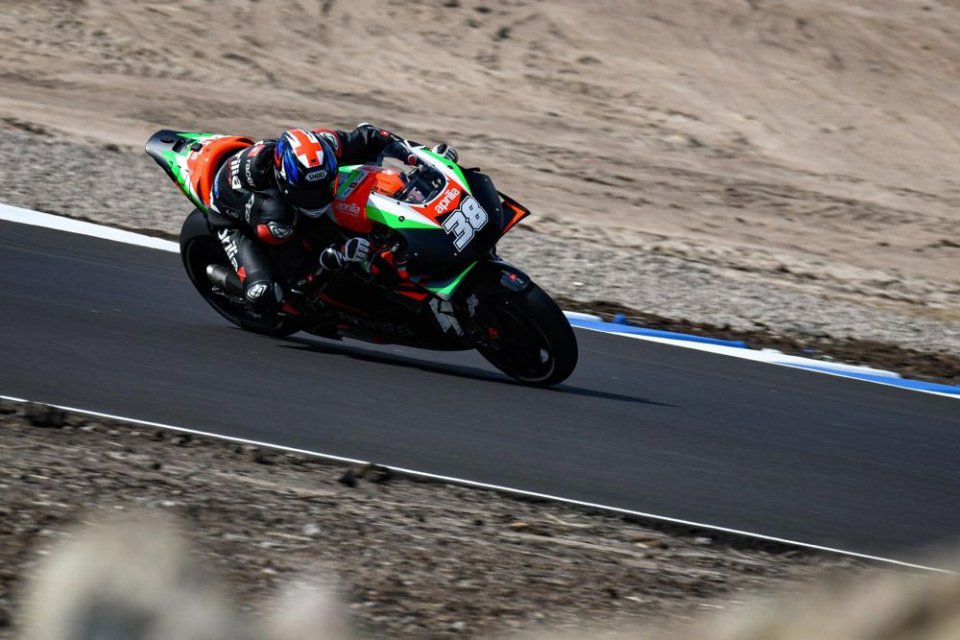 After yesterday's rain, the MotoGP testers were finally able to try out the Kymiring in dry weather, at least until 4pm, when bad weather hit the circuit again, putting an end to the second and final day of tests. However, the riders were able to take advantage of 6 dry hours with a temperature of around 20°C.

To leave Finland with the (very platonic) title of fastest test rider was Bradley Smith, who set a new time reference with the Aprilia, stopping the clock at a time of 1'47"540. The English rider was also surprised by the storm while he was on the track and was able to assess the grip of the wet asphalt... with slicks.

"In general, we're quite satisfied with the tests. We were able to ride in the rain and on dry asphalt and collect information for Michelin in both conditions," explained Smith. "For the MotoGP, the track is rather narrow. The first part of the track, the first five turns, are really great, and I really like sector 3. But sectors 2 and 4 are rather narrow. I like it because it's different than all the other circuits."

The second time was Stefan Bradl's, who commented on the two test days. "We suffered a bit because of yesterday's bad weather. Steering wasn't easy. But we collected some data and first impressions, and I'd like to congratulate them for having built this great circuit here in Finland. People are enthusiastic to have a GP. From the riders' viewpoint, the circuit is rather slow in some spots, and there are many changes in direction. It's difficult to say more right now because we're not pushing 100% due to the track conditions, but my first impression is good."

Michele Pirro, after slipping in the morning at a very low speed at Turn 11, ended the day with a 3rd time, a tenth better than Guintoli with Suzuki. Further back were Mika Kallio on the KTM and Jonas Folger on the Yamaha.

The track conditions were not the best because of yesterday's rain and brand new asphalt. The biggest problem for all the testers, however, were the front tires. Due to the characteristics of the track (many slow corners and practically only one braking), the tire struggled to reach the right temperature and disintegrated after a few laps.

After this first preview, the MotoGP riders will have to give their final verdict, but they'll have to wait for next summer when the Finnish GP is expected.