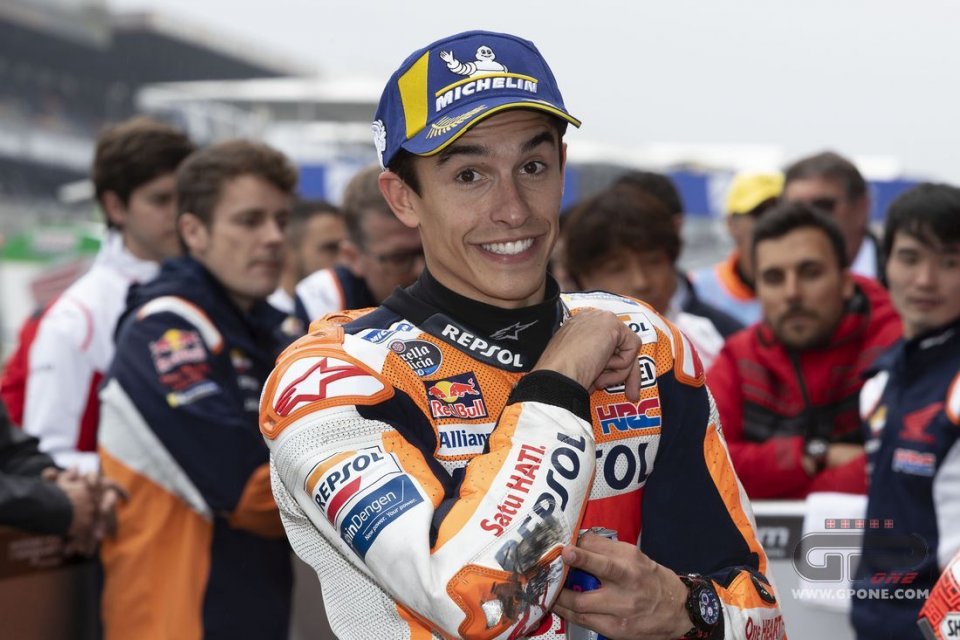 Marc Marquez's trophy room is already full to bursting with cups and medals, but after the Sachsenring round, he was able to add a new item: his leathers. The Spaniard has always been fast and successful, but had a tendency to crash, never a good thing for his kit. This year though, something has changed.

“I've already used these leathers for four races, so it's time to change them. I usually only do that when they're wrecked” he jokes after his 5th win of the season in Germany: “I think I'll keep them as a souvenir".

In the past, the Spaniard has cited that his weakness was his tendency to give in to the force of gravity. “I win a lot, but I crash too much” he has often said. This season he's done so less than usual: 6 times in 9 races. To draw a comparison, last year he was already at 11, and 13 in 2017. His best year was 2014, with just 3 crashes, but that was the magic year of 10 consecutive victories. 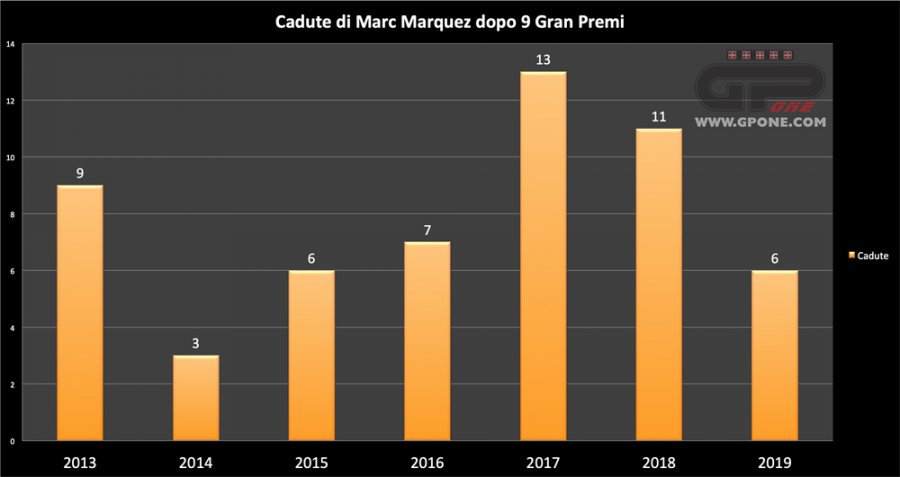 It's no coincidence that Marquez has turned things around this year. The change can be put down to the rider himself, but also to the development of the bike.

“This year Honda has improved the engine, and the greater power means I risk less in braking” he summarises. He no longer has to hang on to the brakes to make up for what he's lost in acceleration and top speed to the Ducatis, and this allows him to retain a small margin that means he's safer.

The 2019 RC213V plays its part, but then so does Marc. “It's true, I've crashed less, but how many saves have I made?” he asks. Many of course, because Marquez is the inventor and master of the 'extreme save', in which he uses his elbow as a third wheel to regain his balance when a crash looks inevitable.

He may be the inventor of the technique but he's also the only rider to use it right now. “You have to be fully focused when riding the Honda , that's how to be fast, otherwise you make mistakes. Remember the Barcelona test? I was a little distracted, going slow, and I crashed."

That was his 7th crash of the season in fact, but the stats don't take into consideration the tests. If we only look at the races, Marc hasn't crashed since Le Mans, when he crashed in FP4 and also in Q2. In Spain, he made a mistake during warm-up, while Texas brought an error during the race and Qatar saw crashes in both FP3 and FP4.

Marquez is in good company in the Honda camp though, as Crutchlow has crashed the same number of times, as has Lorenzo, who has missed two races. Nakagami has the best record with four crashes.

The Honda is still a bike that commands respect, as Jorge has discovered to his cost. Marc knows it well though and has learned how to soften its edges after 7 years. “And I've realised that I don't need to push to the max every time I'm on track, that has helped. A sporting maturity that is reflected in his results and the fewer mistakes. Also because the RC213V is still a 'complicated' bike, which requires physical and mental effort in order to be ridden to the max. Again, it's no coincidence that Marquez is the only one capable of perfectly tuning it, while fellow Honda riders often hit the wrong note.

The Spaniard was able to head on holiday safe in the knowledge that he hasn't crashed since Mugello. And it's not just the personal satisfaction that counts, but also the many championship points scored. More important than an intact leather suit.