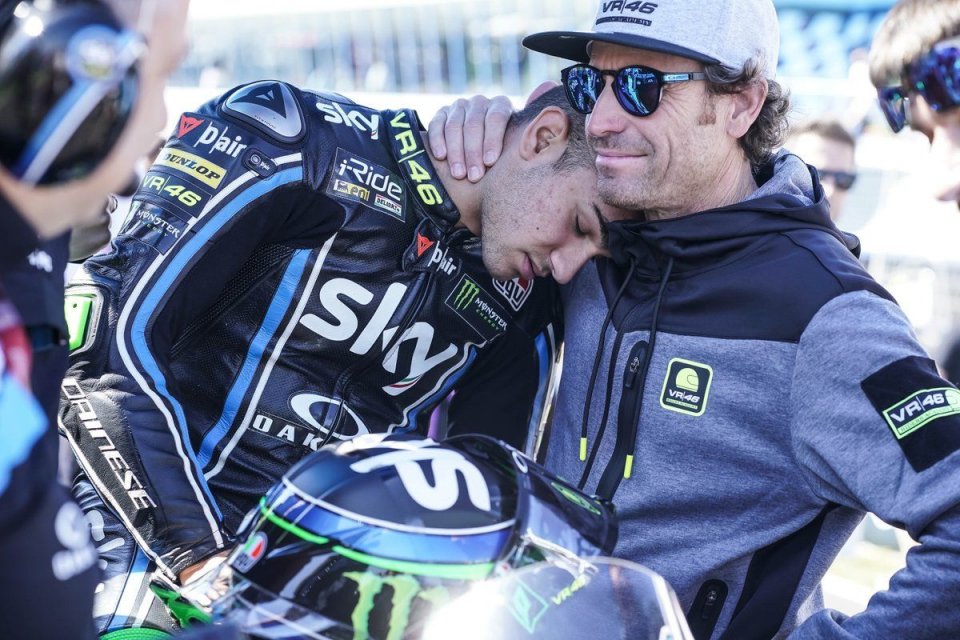 The riders and coaches market has long since closed, yet, an important position was left vacant in the Yamaha team this winter. In fact, the tests in Jerez in November marked the end of Valentino Rossi and Luca Cadalora’s relationship. The former rider from Modena decided to take off his coaching cap so he could spend more time with his family.

During those two test days, Idalio Gavira, who covered the exact same role in the VR46 Riders Academy, was present among the Doctor’s crew. All this leads us to think that it was not a momentary appearance for the Spaniard.  He might just be the one to fill the position left vacant by Cadalora.

His presence in Jerez was a first clue, while the second was the rumors GPOne heard stating that Roberto Locatelli is ready to leave his role as a television commentator to become coach for Valentino’s school.

In these cases, it’s easy to put two and two together and predict that Gavira is ready to take on a position in the official Yamaha team as an “extra pair of eyes” for Rossi. Valentino himself had left the door open for Idalio a few months ago.

Roberto Locatelli will, therefore, assist Valentino Rossi’s students while Gavira will be at the “bosses” side.

The tests at Sepang start next week, and, for the Spanish coach, these could represent the first day of school.

In addition to Donington Park, the BSB riders will be in action in three further practice sessions at Silverstone, Snetterton and Oulton Park before...
16 hours 51 min ago

In Qatar, the first day of the Sky VR46 Avintia team rider in a selection of images on and off the track
17 hours 14 min ago