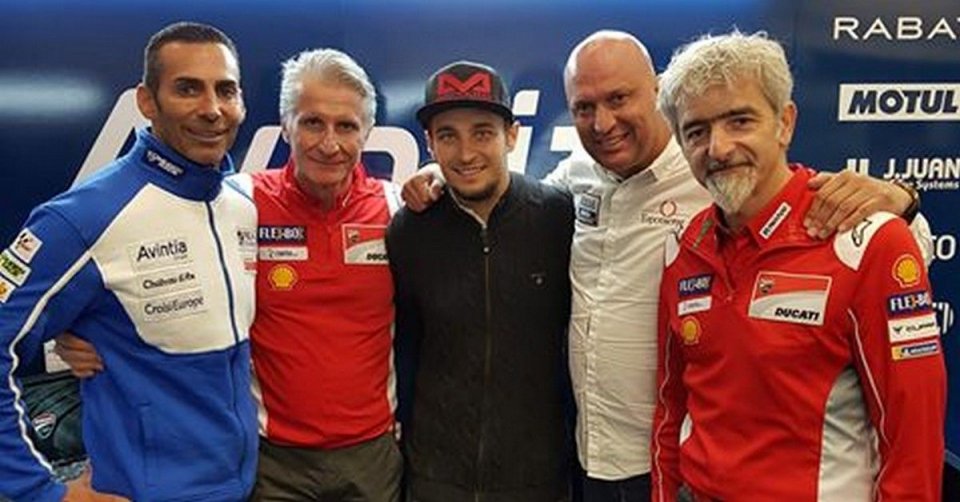 It's all go for Team Avintia Racing that, having hired Frenchman Christophe Ponsson for the Misano round, has shaken up the market by official announcing its new recruit for the 2019 and 2020 seasons.

Karel Abraham, 28, will take the place of out-going Xavier Simeon, thus moving from one Ducati to another. Currently riding the Desmosedici of the Angel Nieto team, the Brno native will compete with a GP2018, or rather the bike currently ridden by Andrea Dovizioso, Jorge Lorenzo and Danilo Petrucci.

With this agreement, Karel will have been in the world championship for 15 seasons, in addition to one season in WorldSBK, making Abraham one of the most experienced riders in the paddock. With the Czech GP confirmed for 4 August, the local hero (as well as the son of the Brno circuit's owner) will take up residence in garage number 1, his very own home suite.

“I'm really pleased to continue my career in MotoGP - comments Abraham - and I want to thank team Avintia for this amazing opportunity. We signed the contract at Silverstone because it was very important for me to define every detail and have a competitive bike. With the new GP18, I'll be able to improve on my results over the next two seasons”.