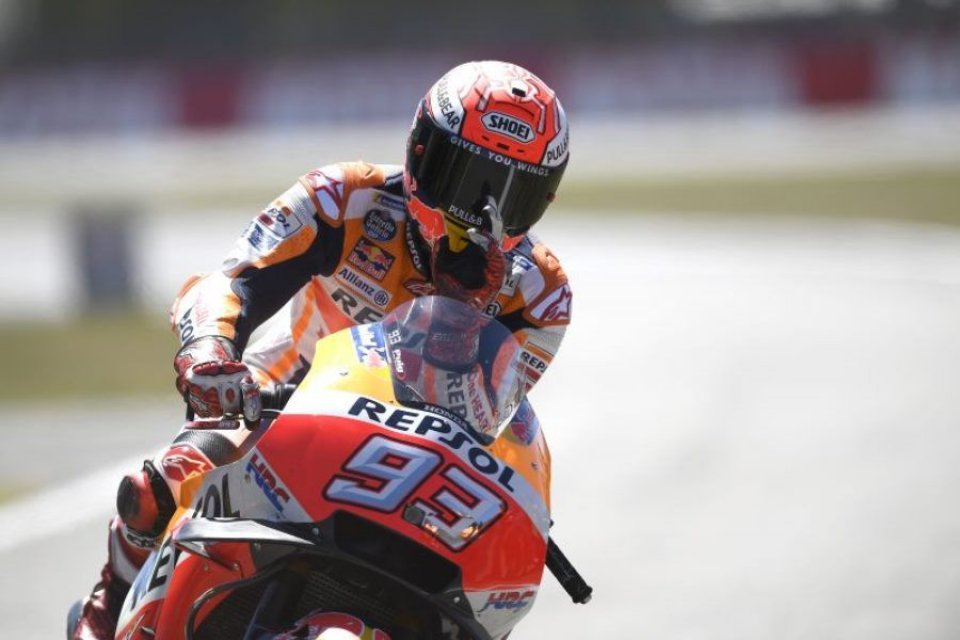 “It's never dull at Assen”. This could be a slogan for the track ahead of future editions of the Dutch Grand Prix. We already saw the clues during yesterday's qualifying session, with the race playing out in a similar fashion, spectators kept on the edge of their seats as they watched riders battling it out within a few thousandths of a second of each other. Those present at the track can count themselves lucky, they will be able to tell their children that "I was there at Assen in 2018”.

Taking centre stage was Marc Marquez, back to winning ways following Le Mans. Caught up in a battle with Rins and Lorenzo in the early states, he risked crashing during a head to head with Vinales, but in the end he knew how to make the difference, finally making a break for it three laps from the end: “I knew it would be a complicated race before it began– commented #93 - so I decided to wait. It was like a Moto3 race, I was able to manage it and bring home the points”. An important victory in terms of the title fight, considering that Rossi had to settle for fifth place behind Dovizioso, the Doctor now 41 points from the Spaniard.

#46 may well be disappointed, having battled for the win until five laps from the end along with Andrea Dovizioso. Both riders then ran wide at turn 1, compromising their performance and putting paid to a podium finish. A let down for the two Italians, for whom the podium was well within reach today.

Two men who benefited from the Italians' mistake were Alex Rins and Maverick Vinales, who rounded out the all-Spanish podium. A significant result for the Suzuki rider, on a day in which Andrea Iannone played the part of spectator, finishing outside the top ten: “A fantastic, incredible race, the toughest of my life – stated Alex-  especially after the stomach problems I had this morning. In the contact with Marquez, I realised just how strong MotoGP riders are. We can be strong with the bike too, we've grown fast. The pass that sticks in my mind? That with Marquez."   Vinales also celebrates today, the strongest M1 rider: “I thought I could win it but unfortunately the tyre was too worn on the right side after battling with Marc; I'm proud of the result anyway. We were able to understand how to work with the front tyre and want to continue along this path. We've found the right confidence for the next races. The Yamaha still isn't the one I started with, but we're getting there. I'm still the same rider”.

It was somewhat strange not to see a Ducati on the podium. Jorge Lorenzo had to console himself with seventh place behind Cal Crutchlow. #99 got away well and, from tenth on the grid, was quickly up at the sharp end, leading the race for the first eleven laps in fact. It wasn't enough though, as the tyres let him down. There was tension too when Rossi ran into the back of him in the early stages, though fortunately there were no consequences for either rider. A disappointing race for Danilo Petrucci, who crashed out mid-race.

Zarco, Bautista and Miller rounded out the top ten, with Aleix Espargarò and the Aprilia in thirteenth, right behind brother Pol on the KTM.