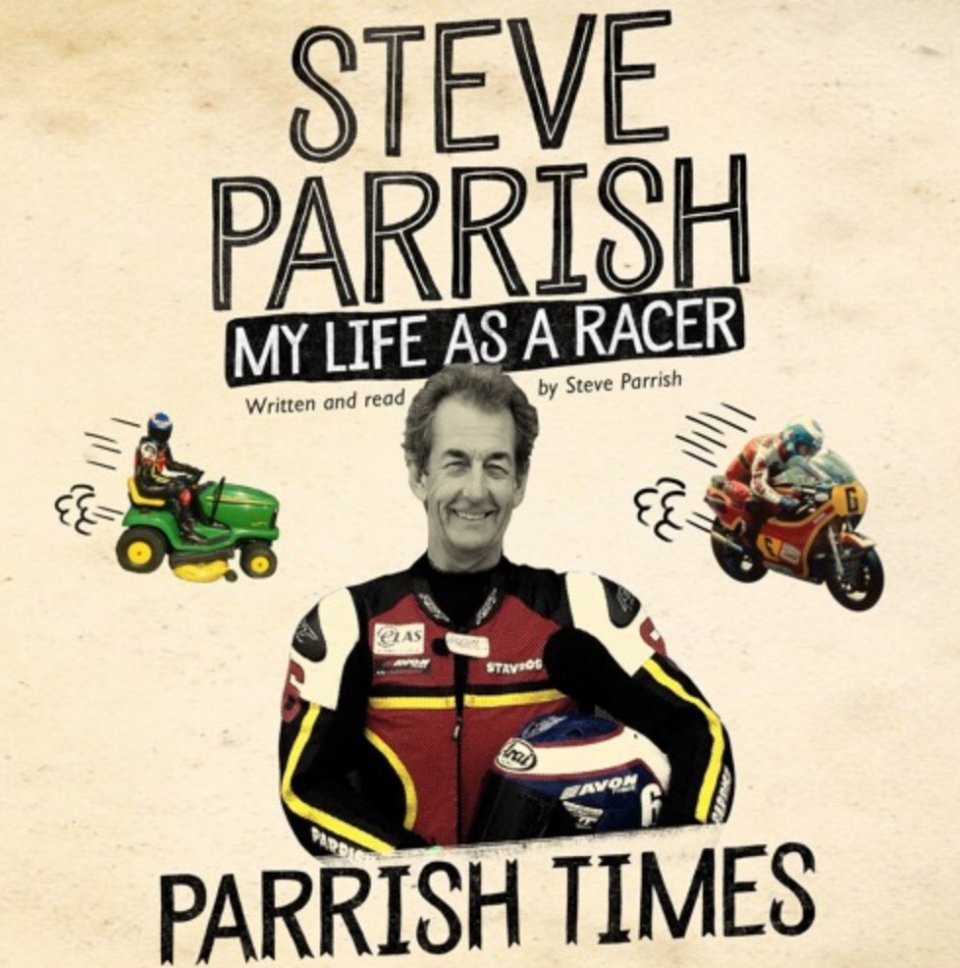 Champion motorcyclist and truck racer, television presenter, practical joker or just plain survivor - Steve Parrish has been called them all. Parrish Times tracks his amazing journey over the last four decades, through a rollercoaster ride of emotions in surely the most dangerous and exhilarating sporting arena there is.

The first phase of Steve's life sees him in the 1970s competing for the world motorcycle championship with legendary team mate Barry Sheene on a Suzuki. Then after retiring from motorcycle racing in 1986, Steve manages a successful Yamaha factory team to three British Superbike Championship titles and starts a successful truck racing career, taking both the European and British Truck Racing titles in 1990. He became the most successful truck racer ever, retiring in 2002. Steve also proved to be a natural commentator, first for BBC radio, then transferring to television with Sky, ITV and Eurosport.

Against this backdrop of sporting triumph are the notorious pranks: posing as a medical doctor to allow John Hopkins to fly from Japan to the Australian GP; impersonating Barry Sheene in a qualifying session; owning a fire engine, a hearse, and an ambulance - parking it on double yellow lines with the doors open in visits to his local bank.

It's a funny, hell-raising account of life - and death - in the fast lane that will keep readers enthralled to the end. Barry Sheene's final words to his best friend sum it up: 'Neither of us will die wondering.'