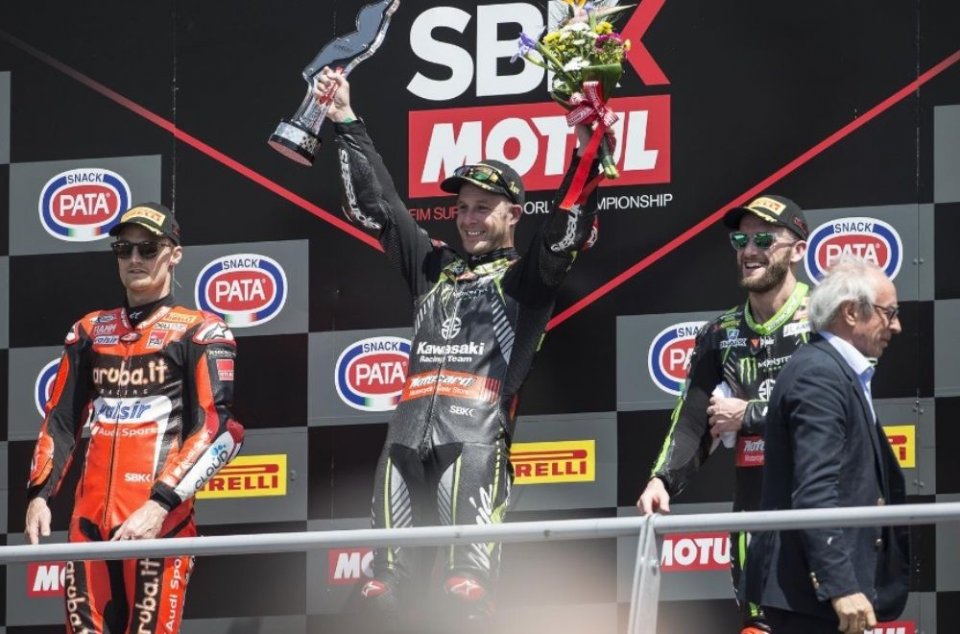 The race 2 win at Imola will be a tough one for Johnny Rea to forget. Yes, because as well as increasing his championship lead, the Northern Irishman equally Carl Fogarty's 59 wins. Not even he would have believed he could do it at the Italian track, particularly starting from the third row, due to the inverted grid.

“I wasn't at all confident that I'd finish first considering my starting position, at first I had to stick behind Tom because he got away better than me but then I was able to pick up the pace, riding with the aggression you need when starting from further back”.

One by one, Johnny systematically shrugged off his rivals, before making his decisive move on Davies.

“I stayed behind him for a few laps to study him, I could see he was struggling in braking, and didn't have the best acceleration out of the corners. In the end though, I was able to pass him and this for me is the best win of the season, given that I started from ninth on the grid”.

In the race, the rider felt very confident on board the ZX-10RR.

I have to say that it's never been so easy to ride the Kawasaki. With respect to race 1, I only made a change in terms of the balancing. This allowed me to have greater confidence with the front in braking”.

There was only one issue, in addition to having to get past his rivals in the early stages.

“I had so many insects on my visor, luckily that didn't condition me (he smiles).

The Cannibal now has a 47-point lead over Sykes. At Donington he'll have chance to set a new record for the number of WorldSBK race wins. 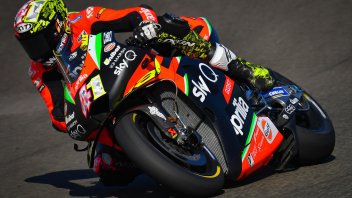 A. Espargarò: "The heat makes it clear who trains and who posts on... 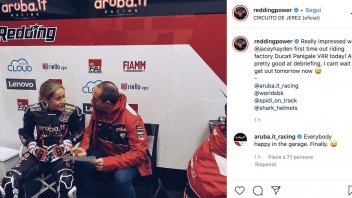 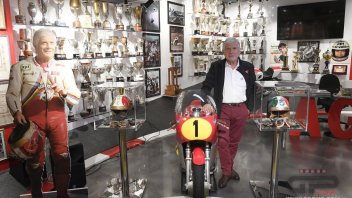 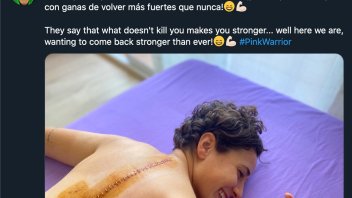 Ana Carrasco reveals her wounds: "What doesn't kill you makes you...