In order to avoid any penalties for overtaking, all you have to do is avoid overtaking anyone - exactly what Marc Marquez did at Austin. The master of the getaway, he kept all his rivals at a distance, their hopes of catching him a pipe-dream. In Texas, if you're not called Marc, there are only two steps on the rostrum, occupied this time around by Vinales and Iannone.

A certain degree of satisfaction for Dovizioso too, the new championship leader. He does still have some doubts about his Ducati though. The GP18 didn't do well at Austin, with Lorenzo and Petrucci far off the pace. Valentino in turn was more convincing than in Argentina, but it's still not enough. Meanwhile, it all went right for Pecco Bagnaia, able to beat a Marquez (Alex). 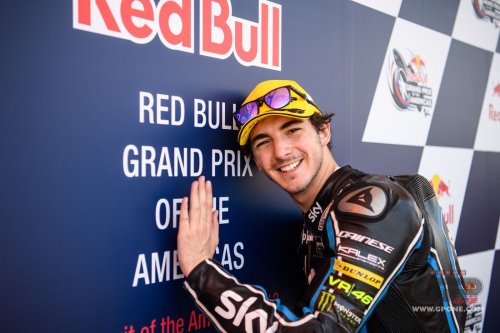 THE GOOD – The hole left by Morbidelli in Moto2 has been filled by Pecco Bagnaia, who sews up the win in Texas. His victory in Qatar was perhaps not enough to make his year, but the Austin win, coming after a crash in practice and various issues, definitely speaks volumes. The intermediate class is becoming a hunting ground for the Italian contingent and it was only a pity that Pasini made the wrong tyre choice. There'll be other opportunities to smile.

THE UGLY –  Race Direction now promises more severity and hasn't missed the chance to immediately put these words into action. We'll wait and see how things progress but the feeling is that the Argentina GP taught them little, the only once set to pay being the riders.

THE BAD – Texas, as well as being the land of the cowboy, is also the land of the farmer. Perhaps it was they who suggested the track be ploughed as if it were a field. There was more than a little dust, not only metaphorically speaking and the apparent work to fix the potholes only served to anger the riders.

THE DISAPPOINTMENT – First place in the standings makes things a little easier to swallow, but Dovizioso is still left with a bitter taste. Ducati scored only crumbs at Austin, thanks to Andrea, while Lorenzo and Petrucci sank without trace. Solid performances by Rabat and (an injured) Miller on the old bikes recall Yamaha's recent trouble. And no, that's not what Jorge meant when he said he wanted a Desmosedici that is more similar to the M1. 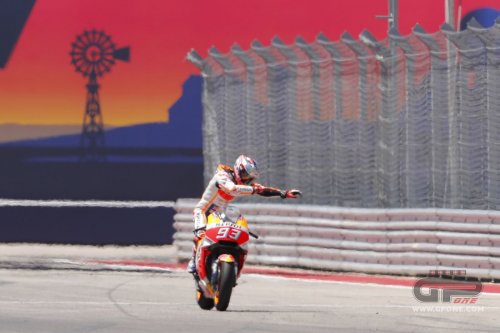 THE CONFIRMATION  –To limit travel costs, perhaps they could simply award the GP of the Americas win to Marquez automatically, before drawing the rest of the results out of a hat. Marc's only adversaries at Austin were boredom and solitude, at least he had plenty of time to think about how he'd celebrate the win.

THE MISTAKE – Britain's dream of having its rider lead the way in the championship standings lasted only a few days. Cal Crutchlow wasted an opportunity, crashing out when the podium was not too far off. He nevertheless got back on and crossed the line, a nice gesture but one that failed to score him even one point.

THE SURPRISE – A recently stitched-up wrist and a track with hard braking points and fast changes of reaction would not usually be a good mix. Dani Pedrosa ignored all this and just got the job done. The Spaniard may not make the headlines, but his race deserves a round of applause. 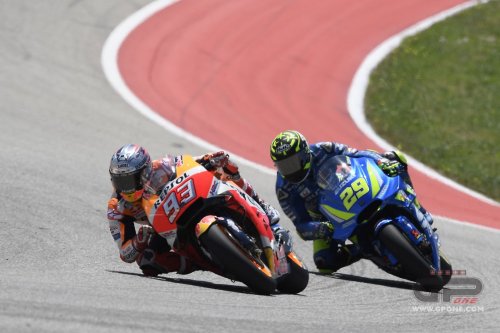 THE PASS – It didn't work out, but Iannone was the only man to even try to pass Marquez. “As I was doing it, I was thinking how stupid I was and started to laugh. It was pure instinct" jokes Andrea. A little impulsiveness doesn't hurt and Iannone seems to have found something, perhaps next time he'll pull off that pass.

THE INTERESTING FACT – Despite a penalty, pole position was nevertheless assigned to Marc Marquez in terms of statistics. The sixth consecutive time at the same track, an absolute first.

I TOLD YOU SO – “We're removing the wings and freezing aerodynamic development, they've advised us against taking that path”. KTM's position is legitimate and perhaps understandable, but why put new wings on the RC16 just a few days after taking such a hard stand?

Marquez: "Unbeatable at the Sachsenring? They said that at Austin too"