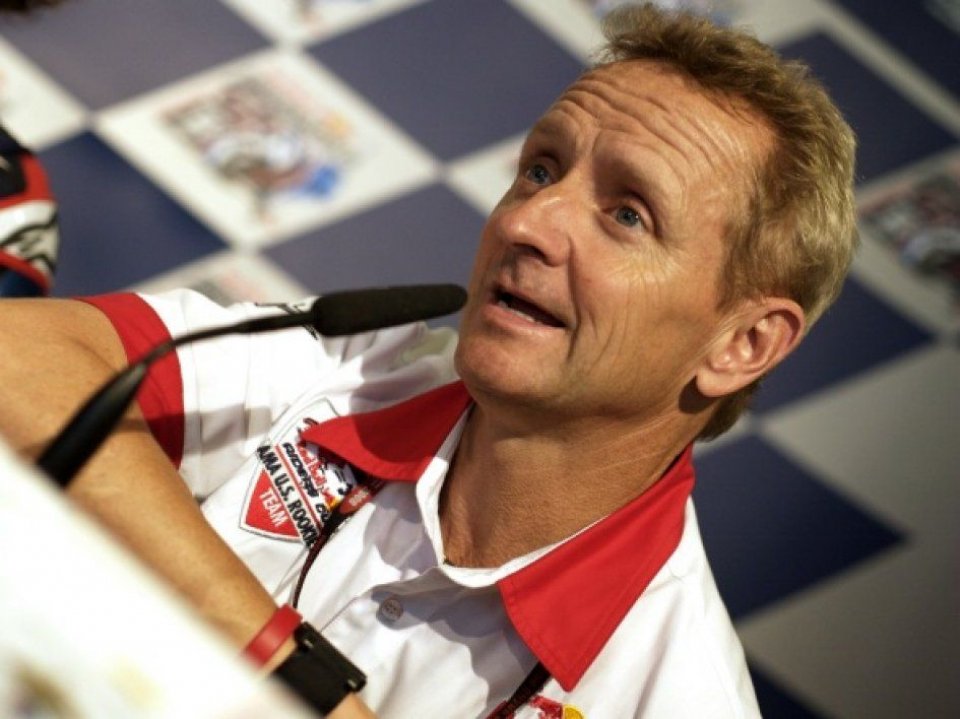 According to Kevin Schwantz, there is a simple answer to the quandary over Marc Marquez’s actions at the recent Rio Grand Prix. In the race (won by Cal Crutchlow) Marc Marquez was penalized for his actions in the Rio Grand Prix which saw Valentino Rossi on the ground after Marquez made his pass.

“As a rider you can’t knock someone down just because you’re four seconds a lap faster than they are. It’s really basic. I think that it’s still something that they teach in every new rider school for racers: that it is the responsibility of the rider making the pass to insure that the pass is safe and clean”.

Reigning world champion Marquez has been the focus of global criticism because of the incident with Rossi. Marquez attempted to apologize to Rossi after the incident but was re-buffed.

And how to move forward?

“He doesn’t get another ‘again’. I think that Dorna should sit him (Marquez) down and explain it to him in the frankest terms they can–that if he initiates contact with another rider, in a race, in practice, and there is contact, then he’s done for the season.”

Reproduced with permission from the author