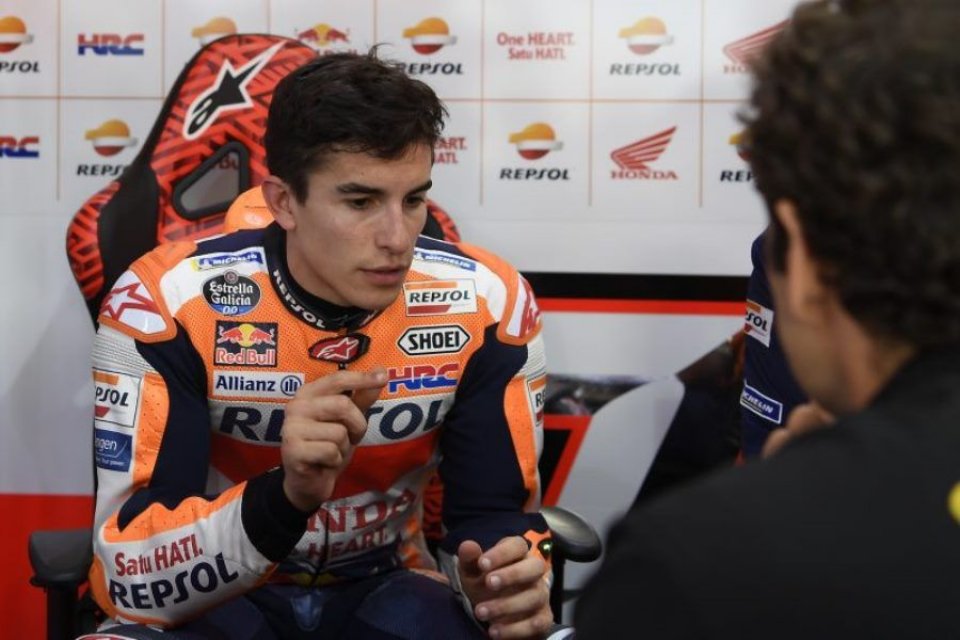 A starring role for Marc Marquez from the outset this season as, unlike previous years, he has proved to have the right confidence with his Honda right from race one. He was hard to beat in terms of race pace at the Sepang and Buriram tests and then the six-time champ only just missed out on the victory at Qatar, closing just 0.027 of a second behind winner Dovi.

The winter has left #93 with a smile on his face, but the Spaniard still had a doubt in his mind, in terms of the potential of his bike at a slow track like Jerez. Yes, because Malaysia, Thailand and Qatar are particularly fast tracks. Last year, Marquez and Pedrosa visited the track to ready their weapons ahead of the championship, while this time they have waited until after the Losail race, as the championship got off to an earlier start with respect to previous seasons.

During Monday, Marc and Dani therefore had time to take a close look at the behaviour of their engines at the Jerez track, while yesterday it was test rider Stefan Bradl's turn to ride the RC213V. On track together with the German were the Ducati test riders, or rather Michele Pirro and Michael Ruben Rinaldi, the latter working with the Superbike. Also flying the flag for Borgo Panigale was Danilo Petrucci with the GP18, following his strong fifth-place finish ahead of Vinales at season-opener Losail.

Also present at the Spanish track was Aprilia, with Matteo Baiocco on board the RS-GP. KTM too, still struggling to keep pace with the fastest. Kallio and Pol Espargarò took turns on the RC16, aiming to build confidence with their bike. While testing has now concluded for Honda, Ducati and Aprilia, the Austrian manufacturer will continue to work on Thursday. Then teams will prepare for the upcoming Argentinian Grand Prix, taking place at Rio Hondo in a week's time.

Marquez: " I’m hoping for a simpler weekend in Jerez to improve"