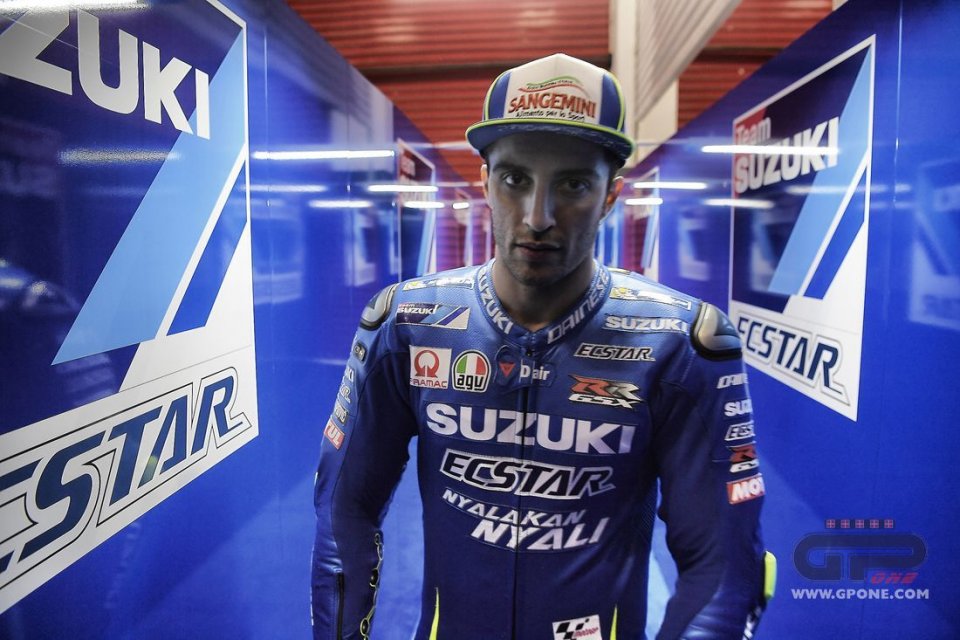 2018 will mark Andrea Iannone's second year on the Suzuki. And the Italian rider has high hopes after having struggled to gain the right confidence with the Japanese bike last year, only finding it in the final phase of the championship.

On the team's blog, the Maniac looks back over his first season with the Hamamatsu manufacturer: “2017 proved to be more difficult than we expected - admits #29 – such a shame, because after the first test at Valencia we thought we could achieve good results”. Yet in Qatar Andrea was looking competitive right up until just before the crash: “It took me a lot of time to get used to the Suzuki –he recalls – it was a new bike for both me and Marco Rigamonti and the Japanese work method was different too. We had to start from scratch”.

Despite the many issues, Iannone never considered giving up: “Patience and concentration were the key to success– he reveals – I always believed. There was frustration of course, but even in the darkest moments I continued to believe in the work. When you have raced with one team for so many years it's not easy to change, but time and the people around you help you to trust and teach you a great deal”.

The Aragon tests proved to be a turning point for Andrea and the team: “We were able to test the new material and could therefore understand the errors and be competitive at the same time. All of this gave me confidence as we look ahead to a brighter 2018 for me and Suzuki”.