On the Texas Tornado Boot Camp bulletin board, one of the many cadets who participate in the course run by the master, Colin, hung a message of thanks and satisfaction, in which he recounts that he is still alive after avoiding a possible crash, implementing the riding techniques learned astride a Yamaha dirt bike. 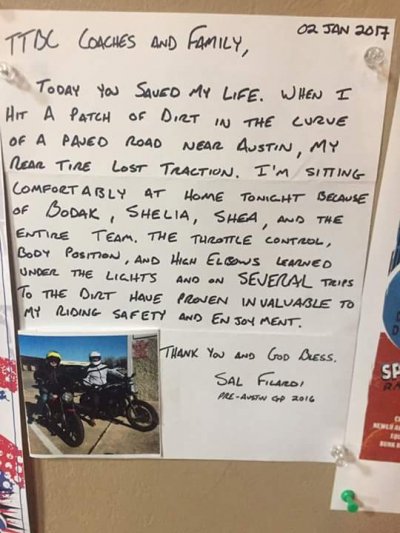 After all, Colin was a rider who gained great experience on two wheels before putting on his instructor’s hat. “I got to Europe in the 1995 SBK championship - Edwards recounts - and a year later I gained a bit more notoriety with the international fans by winning my first Suzuka 8 hours with Noriyuki Haga. On the Yamaha 750 we were fast and we had fun. It was a spectacular experience.”

Colin took his first win in the World Championship for factory derivatives in 1998 astride the team Castrol Honda RC45. “That bike was difficult to ride. It had great power but it lacked grip and it would often try to kill you (he laughs). But it was very fast and at Monza I took my first double win” (Aaron Slight still remembers it).

But the best seasons were yet to come for the young Texan, beginning from 2000. “Winning the first race at Kyalami on the VTR SP-1 was fundamental because the team needed a morale boost - the Texas Tornado reveals - The bike was new, so we didn’t have any data for the setups and our rivals were very strong. Winning the SBK title was a triumph that I will remember as a very difficult undertaking” (in fact, Colin wept for joy on the podium at Brands Hatch, releasing all the accumulated tension).

Do you want to remind us what happened in 2002?

“That was an exceptional season. The VTR SP-2 was better than the SP1 and I was able to ride fast and clean. I brought home a lot of podiums and wins in that season, up to the Imola round, ‘the race of races’ in SBK. I won the races and the second title, which opened the doors to the Grand Prix Motorcycle Racing world for me.”

The Grand Prix world had Colin racing with the Aprilia RS Cube in 2003, a technologically advanced bike, but still in the initial development stages. In 2004, the Texan moved over to Fausto Gresini’s Honda team and the first championship podium points arrived. Until…

“…I got the call from the Yamaha factory team for the 2005 season, alongside Valentino Rossi. We had already raced and won together in the 2001 Suzuka 8 Hours and we ended up being teammates for three seasons in a row.”

How do you remember the experience with Valentino?

“I had three wonderful seasons alongside Rossi. He won a lot of races and I think I did my best, taking full advantage of my skills. I raced a lot of seasons in MotoGP and reaped satisfaction and podiums. The win? I missed it by a hair and, considering who my rivals were, Valentino and Biaggi, I can say that I have no regrets.”

Valentino is about to turn 38. Do you think he can still stay at the top?

“Look, I retired at 40. I was physically fit, but it was hard to hold up mentally, but for Rossi… well, he doesn’t have a wife, he doesn’t have kids… You know what I mean – less trouble for him (he laughs)… In short, Valentino will only have racing to think about and I am convinced that he will still do very well. He will be battling for wins.” 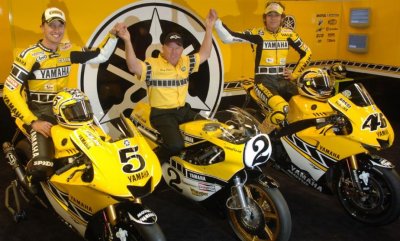 He will be battling for wins against kids who are much younger than him, like Marquez and Viñales…

“Maverick Viñales is a great talent. In the first test in Valencia, he showed right away that he is fast with the Yamaha M1 and he repeated the performance in Malaysia. Viñales has excellent riding skills, he’s fast and hungry. We’ll see at what level he performs.”

Colin does not appear at all nostalgic when he thinks back on his golden years of racing and, speaking about Superbike, his first love, the Texan proves to be optimistic and positive. “The SBK races are still exciting. I approve of the rule changes and I think that the show will still be at a high level in the future too.”

Speaking of levels, your boot campers have an excellent teacher…

“Yeah, now I’m a teacher (he laughs). The boot camp is a sort of dirt drifting training camp. There is a hotel that seems like a saloon with 28 beds. We provide meals for everyone, we ride, we set up small teams divided up by levels and skills. It’s fun. After lunch we do pistol shooting and we have target shooting competitions. Then we get back in the saddle until late in the evening, under the artificial lighting. I have other instructors helping me, all qualified.”

You just can’t live without riding a bike?!

“I started as a kid. Riding bikes is my life. I love getting in the saddle and opening the throttle, even now that I’m ‘retired’. Maybe in the future I’ll be able to put my own team together and launch some young careers. In the meantime, I’ll follow my son. If he wants to ride bikes, he can do that. If he wants to play baseball, I’m by his side… speaking of which, if you come to my neck of the woods in Texas, you are officially invited to come visit my boot camp.”

The Californian Yamaha rider took the flag alone ahead of teammate Gagne and Herrin, who beat the Ducati rider in a photo finish. Elias crashed out...
2 days 16 hours ago

Defending champion wins ahead of Scholtz and Gagne. 5th and 7th, Wyman's and Jacobsen's two best Ducatis. Elias stopped by a problem.
3 days 7 hours ago

The reigning champion started has started 2020 in the best possible way, heading his teammate Jake Gagne. Race 1 at 22:00 on Eurosport
4 days 5 hours ago

In a video on You Tube, the driver defended his reasons but confirms the end of his experience with Audi in the Formula E
1 week 15 hours ago