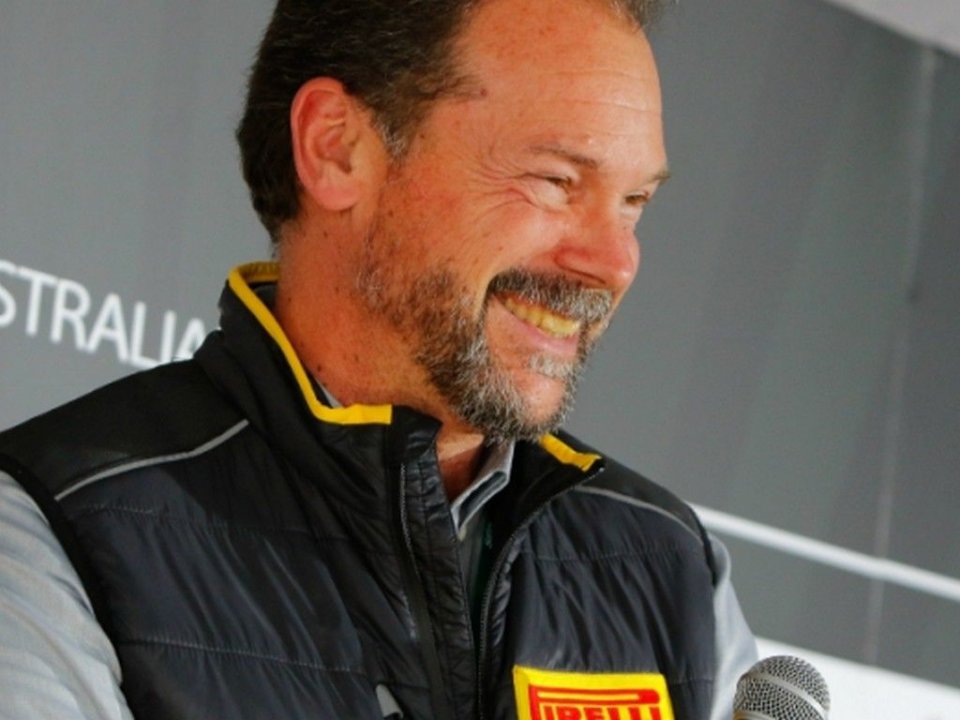 The strong Atlantic Ocean wind is blowing through the Portimao paddock; various new things are on the horizon, Dorna is considering a new technical regulation while the manufacturers work on going organised, but there is still an air of uncertainty in the Superbike championship.

One party who is continuing along its path - with consistency and confidence - is single tyre supplier Pirelli, present at the track with various new components, including new rear tyres for Superpole and the race: “we have two important new products - explains Giorgio Barbier- as well as the rear qualifying tyre, we also have the evolved rear race tyre. We'll see they go this weekend, I think that the two solutions can offer advantages both in terms of overall performance and durability, during the qualifying sessions and the weekend's two races”.

Have you worked out the cause of the problems earlier in the year?

“With Yamaha and Van Der Mark the matter was cleared up immediately, we carried out a full investigation into the cause and found that a number of factors led to the problems. From Laguna Seca onwards, we've been controlling every aspect and haven't had any more anomalies. On Monday we'll carry out an important test here at Portimao, analysing the situation of each bike, from Yamaha to Ducati, from Kawasaki to BMW, Aprilia and MV”.

There's a great deal of talk about the new regulation, would a regression be useful for your work?

“We need the championship to remain as closely linked to road-going supersport and production-derived bikes as possible. We want to use racing to develop products that will then be mounted on bike that can be used ''everywhere', and not just on expensive bikes or a few prototypes. Our market is real. In the Superbike championship, we develop tyres that are then used in the national series and in international competitions: at the Bol D'Or this weekend the Kawasaki SRC has scored pole and in the race will use solutions developed in Superbike and the same applies for various CIV teams”.

In the world championship, Michelin only supplies MotoGP, while you do four classes. What's more important, exclusivity or a vast product range?

“Clearly, the return in terms of the MotoGP image is higher than that of Superbike - which is still satisfactory - because in MotoGP icons like Rossi promote certain brands and the consumer, as a result, seeks out that product to feel closer to his/her idol, but we are interested in developed tyres of all size and type; from the Supersport300 110 width front to the Superbike 200 rear, Pirelli's goal is to satisfy every kind of biker and user”. 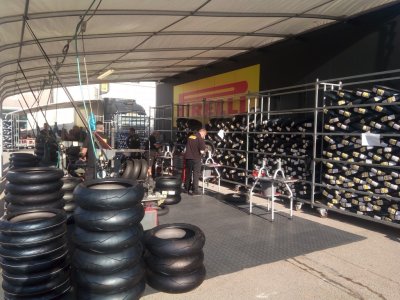 There is another Pirelli-branded black lorry parked in the paddock…

“Yes, we have brought a mobile laboratory that is usually used in Formula Uno, we use it to carry out a series of important tests on each tyre through each session; it's fundamental that we know how the tyres work, to understand how they react on different bikes, subject to particular stresses, at different working temperatures. Our Formula One technicians are working on the products being used at this round but will focus particularly on those proposed for 2018, as they are quite innovative”.

Having the Formula One lorry and technicians here, does this mean that Superbike tyres will have Formula One technology?

“In Formula One the level of investment in R&D is extremely high, unthinkable for the bike world. The technologies and methodologies adopted in that championship, as well as the instruments and requirements that come up, have an enormous return and echo. We have created a different approach and professionalism thanks to the experience in Formula One and with this mobile laboratory we are trying to understand whether, and with what advantages, F1 can help us with bike tyres, in terms of technology and materials... we want to try and raise the bar”.

Repsol breaks the silence: "technology is ruining the show"