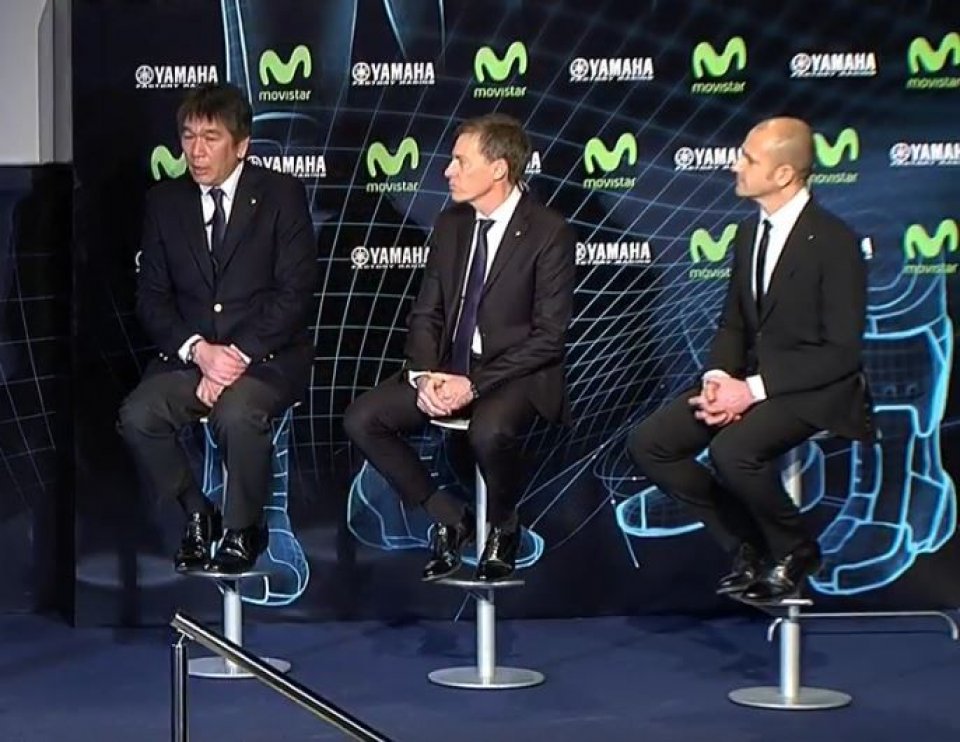 "We would like to win all three titles this year. The rider's title, the manufacturer's title and the team title - stated Lin Jarvis during the Yamaha team launch in Madrid - the team is the same as last year, we've only lost one guy, so the squad works perfectly and is up to speed".

The Iwata big boss was very clear about the goals during the presentation.

"It's important to be technically prepared, but also to create the right environment for the riders. And this is why, on Vinales' first day at Valencia, we gave him an M1 with a special livery,  to fit his name, Maverick, which is taken from Top Gun".

"Our aim is to develop the M1 according to what has always been the nature of all Yamahas - echoes Kouichi Tsuji - the bike is undergoing full development. The ban on winglets?  Everyone, not just us, is working to make up some of the aerodynamic load, but to be honest this won't be 100% possible, anyway like I said our philosophy is to have a bike that handles well, and this is our main goal".

"We've won five titles in the last ten years - recalls Maio Meregalli - and we're starting out strong. The impressions on both riders at the recent Sepang tests were positive. Maverick? He surprised me, after just two or three runs he was already up there".