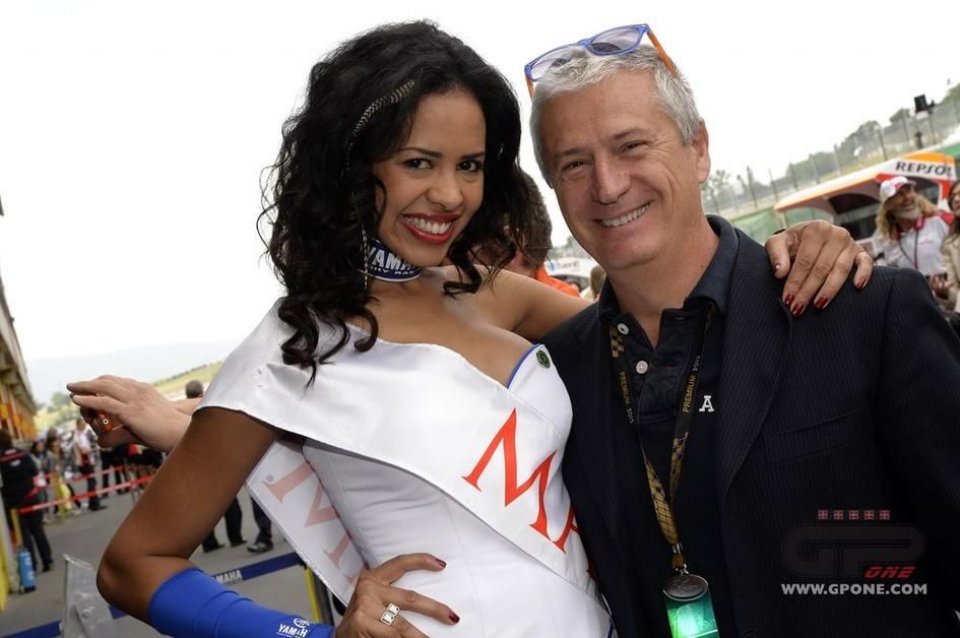 It is perhaps one of his greatest achievements. Marco Melandri's return to Superbike is thanks, in no small part, to Alberto Vergani. The president of the Nolan group and manager of various riders including Melandri, Stoner, Checa and Petrucci is without doubt one of the most well-known faces in the paddock. 2016 saw him involved in negotiations to get the Italian rider back to the production-derived series after a year away from racing.

Last year proved to be a very satisfactory one.

“2016 saw us enjoy a more than positive trend with Nolan, so much so that we could acknowledge our employees' hard work with a production bonus. We are also proud of what we accomplished on track. In Superbike we'll have eight riders wearing our colours in 2017, almost too many. In the world championship we'll have Rins as well as Petrucci, and also Bastianini, in the hope he can win the title, without forgetting Bassani and Gardner's son”.

Melandri in Ducati, how can we define this deal?

“I think it is the result of credibility. Despite having gone through some tough times, he's a winning  rider. he has proved this by winning, over the years, 19 SBK races, 6 MotoGP races, and Ducati understands this. I hope he can repeat Checa's 2011 feat”.

Will this be his last big chance?

“Considering his age, I'd say so. Marco can potentially win the title in the next two years, and I'm sure he'll show this on track".

“He's definitely a key ingredient. Superbike needs riders like him, but especially the many Italian Superbike fans”.

Will we see Stoner race again? Does he ever consider it?

“Casey is our ambassador, a phenomenal guy who has something magical. Of course, I hope he will race again, though it becomes more difficult as time passes”.

You've followed various riders throughout your career. Who has left the biggest impression?

“I've always been equally close to each of them. I choose them primarily for who they are as people. Stoner is definitely one who has shown great loyalty. He's always stuck with me, despite the many offers, some of which were stronger from a financial standpoint”.

Is there any one funny episode that sticks in your mind?

“There are many, not one in particular though. Rather than episodes, I prefer to conserve the affection and relationship I have with my riders, I wish they could all stay with me for good”.

Who was the most difficult or easiest to manage?

“It's hard to say, each has his own characteristics”.