At this time of the year, the historic and beautiful track of Brno, one of the favourites of riders and team members alike, is practically an ice rink. Moravia, a wonderful region of the Czech Republic, boasts one of the most technical, spectacular and selective tracks on the calendar, one that has also hosted the Superbikes on several occasions. Some call the track the “Mugello of the east”, due to its similar configuration with long series of turns connected with different changes in gradient.

And it is on this very track that Ondrej Jezek, the new rider with team Grillini Kawasaki, began his race career: “I was never interested in using road bikes, I always wanted to race on track. As I lived very close to Brno, it was easy. I started at 8 years old with mini bikes, that was in 1996, and the following year I took part in my first races”.

The motorcycle movement in the Czech Republic involves various academies and schools that introduce young rider to racing and all of this revolves around the Brno track that, over the years, has developed international riders of the calibre of Lukas Pesek, Jakub Smrz, Karel Hanika and, the most well-known, Karel Abraham in MotoGP, who knew how to make the most of the opportunities provided by the track owner, his very own, influential father.

Ondrej made his international debut with Kawasaki ZX6R Superstock in 2005, a season in which the production-derived bikes were back at the Czech track after an "enforced break". A very young Jezek was able to admire the wins by Troy Corser on the Suzuki and by Noriyuki Haga with the Yamaha, finishing his own race in eighth place at his home track.

From then on, the tall thin Czech rider put down roots in the SBK paddock: “from 2005 until the end of this year my career has alternated between Supersport and Superstock, so the Kawasaki SBK will be a really motivating new experience and a dream come true for me". 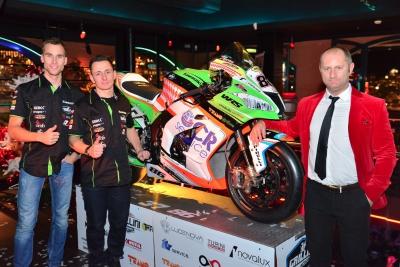 You tested the ZX10R Ninja at Jerez, how does it differ from a Stock?

“Unfortunately that test was totally wet and, with only a day and a half available, I can't give you a full comparison. I saw that the electronics are more advanced that felt comfortable with the power delivery. I need more tests and know what I need to be fast”.

You're very tall, how do you ride?

“It's true, I'm fairly tall and this physical characteristics limited me on the Supersport, on the long corner at Phillip Island the wind and my height prevented me from 'going forward' and keeping pace with the others. In general, I prefer the big bikes, the powerful ones that brake hard, I've scored my results with 1000cc bikes”.

You'll be alongside Ayrton Badovini, a fast, expert rider…

“Yes, Ayrton is very experienced and this is further motivation for me. In the first test we carried out together there was a great atmosphere in the Grillini garage and I think we'll help each other to solve problems on the bike, looking for the best solutions. It's also clear that Ayrton and I are physically very different and so it won't be easy to find the same solutions”.

Although Christmas is almost upon us, Ondrej will continue to train every day during the winter break, despite the cold he must face in Moravia: “just think, after this interview I'll go running (he laughs)”.

But that's not all: “it's cold until April here, I'll train with endure bikes, bicycles and I'll do different sports. I live for sport, this is my job and my hobbies are all linked to sporting activity, like climbing”.

What are your expectations for the coming season?

“There'll be many strong riders next year in SBK and it won't be easy to fight in their midst. Let's say that, if I can work well with the team, which has over 20 years of racing experience, we'll be able to fight for the points zone and the top ten will be a more than realistic goal for us and the best we can hope for”.

Could you do better in the rain?

“I don't care about the weather, wet or dry, nothing changes”.

Considering how much he loves sport and competition, Ondrej is a quiet, education man, always relaxed while enjoying very tough competition: “I don't have any heroes on two wheels, let's say that I like Valentino Rossi in MotoGP, but my favourite athlete is a biathlete, he's from Norway and called Ole Elnar Biorndalen”. Another sportsman who's not afraid of the cold. 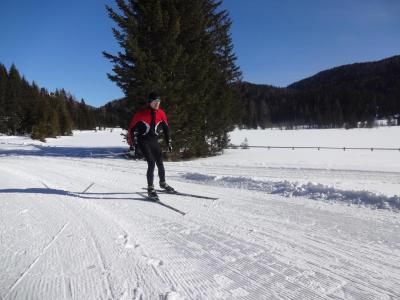 The official announcement came today. The rider from Ascoli: "I have no expectations other than to return to a serene and clear climate inside the...
2 days 21 min ago

This is the first MotoGP pole for Honda since Pol Espargaro at the British GP last year (21 races), ending the longest sequence of successive premier...
2 days 5 hours ago

“We want to thank the entire paddock and especially the Suzuki team that helped us rebuild the garage. We’re ready to start the Japanese GP.”
2 days 10 hours ago

Buddh International Circuit, right outside New Delhi, which would be the target venue to host the possible MotoGP event. Lucknow is the capital of...
5 days 2 hours ago