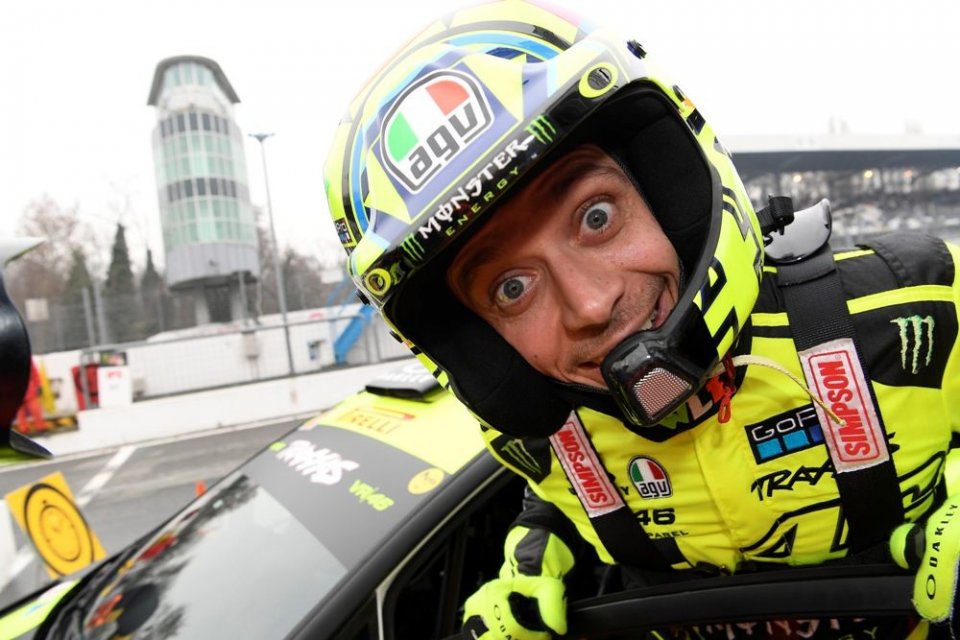 Sunday at Monza has been a day to remember for Valentino Rossi. The Dottore wins the rally and then does the double by also triumphing in the Master Show dedicated to the memory of Marco Simoncelli, taking advantage of the fact Sordo's Hyundai engine suffered a failure. It couldn't have gone any better.

How was the weekend?

“I think it was one of the best ever editions, because we won both the race and the Master. A great battle, so many fast riders, we had fun, and winning here has a special flavour. I think I can aim to win again in the future”.

Maio Meregalli has revealed that he'd like to race at Monza with Cadalora.

“It's true, the problem is that these cars are in demand. We might be able to find a solution (he smiles)”.

Your contract with Yamaha runs until 2018, but here at Monza you can race for longer, even at 50.

Sordo broke the engine of his Hyundai. Would you have preferred that to happen to you here and not at Mugello?

“Yes, but in racing we can't decide these things”.

Who will win the 2017 world championship?

“I don't know, the favourites are Marquez, Lorenzo, me and Vinales”

How would you sum up this season?

“One of the most positive I think, if we consider second place to be mediocre or a negative result it's over. Perhaps we were missing a little luck, but I proved to be competitive in any situation”.

Meregalli has said that the Sepang tests removed the doubts that had been raised at Valencia.

“The situation is a lot clearer now. We were able to go into more detail with the 2017 M1 and I have to say it has greater potential than the 2016 bike”.