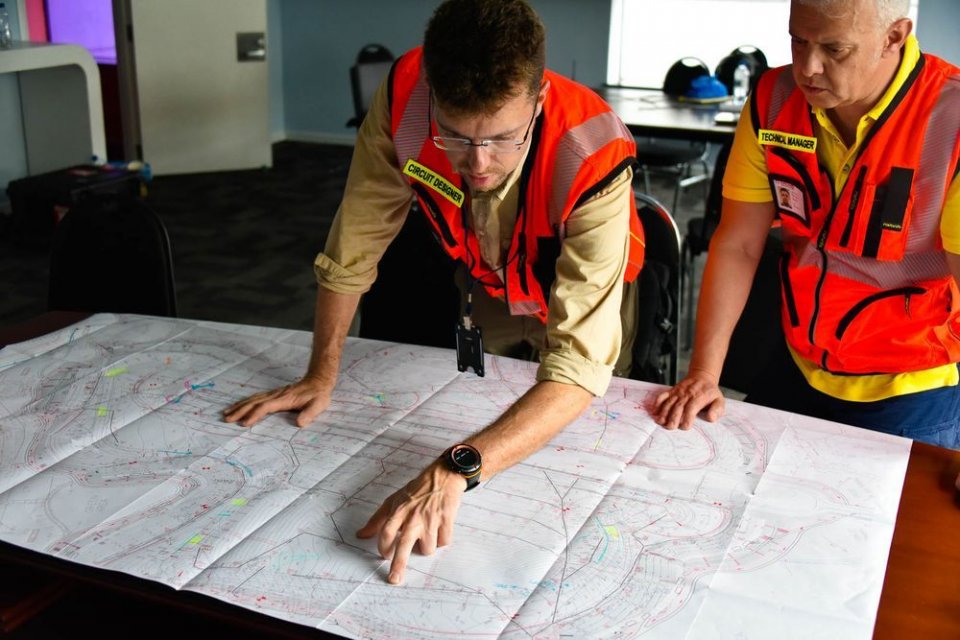 After the first day of practice, the riders didn't hold back in criticising the new asphalt. While the grip poses no problems, the time it takes to dry is not one of its strong points. Even several hours after the rain stops, there are still damp patches that worry the riders.

Having hearing the accusation, now the man responsible for the works, Jarno Zaffelli, of Dromo, has chance to talk.

“The biggest issue is the weather - he explains - In planning, we based our work on data for the last ten years because you always have to consider the limits of what conditions might be”.

What does this information tell you?
“That the track temperature has always been between 40 and 60°, with humidity between 50 and 100%”.

This weekend on the other hand?
“The track hasn't gone over 35° and in this case the water cannot evaporate”.

Where's that water coming from?
“Under the asphalt there's an aggregate which serves as a base, there are some empty spaces there where the water sits. It doesn't seep from the earth”.

Couldn't these spaces have been avoided?
“There was a problem in the laying, an operation that we didn't carry out directly but I supervised. So I take my part of the responsibility. Not all of the track is affected by this problem”.

There was also trouble during the Michelin test several months ago…
“At turn 9 and we resolved that. Yesterday evening, at midnight, I was at the track to check it and in that spot the track is dry unlike in other areas. After those tests, we intervened, filling those empty spaces with rock powder, the same that forms the aggregate”.

Is that complicated?
“No, you brush the powder then you dampen the surface and then wash it. This is repeated several times and the problem is solved”.

Team managers are worried ahead of the February tests…
“We'd have no problem treating the track in this way in time for those tests”.

Riders are worried about riding over the wet patches. Are they actually dangerous?
“80% is a cosmetic problem and 20% an issue of damp, of course those patches don't guarantee the same level of grip as a totally dry section of asphalt”.

Yesterday, Rossi claimed that in dry conditions a rider could lap two seconds faster than in the past. What do your studies say?
“between two and three second, but a lot depends on the tyres. Michelin expected a 60° C track temperature and brought harder tyres, but the new surface makes for very little consumption”.

Some riders are not happy with the final turn, why was it altered?
“On the one hand, to prevent channels of water from crossing the track in case of rain and, on the other hand, to slow riders before they reach the main straight. We have succeeded on both counts”.

The riders don't like the fact it's off-camber…
“The regulation states that they can only be like this is certain cases. There's one at Termas de Rio Hondo, one at Austin and the Correntaio at Mugello is also like this. I know the riders are worried about this kind of corners and so I decided to exaggerate the incline so that they can perceive the risk, as it happening”.