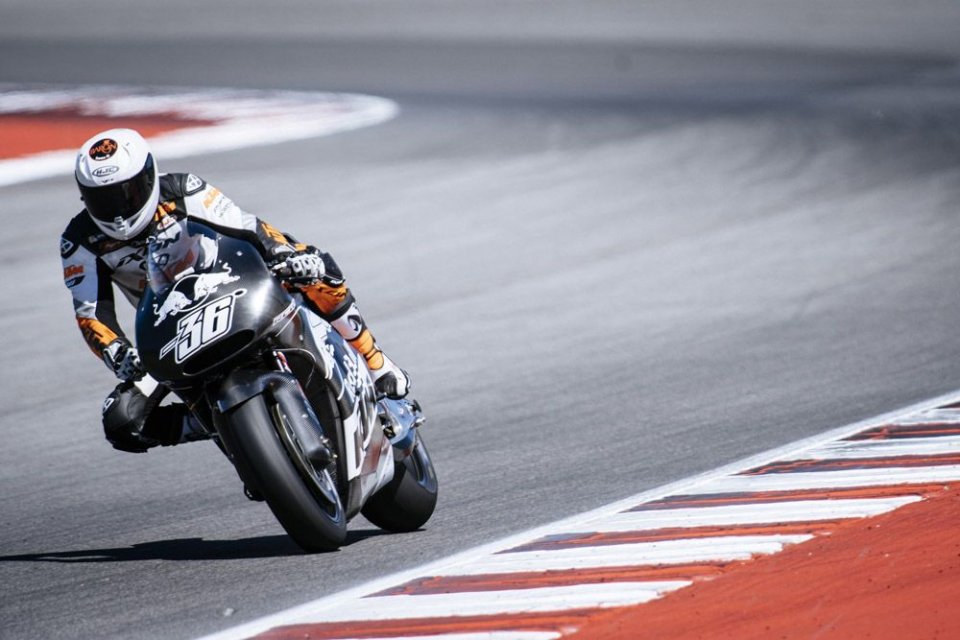 Having come face to face with its future rivals at the Red Bull Ring and having presented its programme at the Austrian GP, KTM stopped off at Misano. This marked the tenth test for the Austrian manufacturer, that joined Aprilia and Ducati for sessions at the Italian track.

This is not the first time KTM is on track at Misano, having already tested in May, but this time conditions are ideal with Karel Abraham, Alex Hofmann and Mika Kallio all taking turns on the RC16 between Monday and Wednesday.

Vice-president Mike Leitner comments: “the test was again very helpful, even when we experienced less positive things. The public is expecting already a lot from us after the latest developments, but we mustn’t forget that it’s still less than a year since the official roll out last October. We must continue to do our homework as best we can, because only this will bring us to a level where we can be on the start in Doha in 2017. We continue to collect extremely valuable input to continually providing further development steps.”

Technical director Sebastian Risse went into more detail about the work completed at Misano: "​almost everything was new here, starting with the frame and the complete fairing, including the aerodynamics, right up to the ergonomics. At the end of the three days all of the biggest components had showed their potential, and of course we’re very happy about this. Now we have to put it altogether and check it also at another circuit. Next week we'll be at Aragon."

Mika Kallio suffered a crash: “we had an extremely good start to the test doing our race simulation, but after my high speed crash in the middle of the second day unfortunately one or other small problem held us up. Once again everyone has learned a lot and I've been riding the bike at the limit. Looking at the lap times we were able to confirm the Red Bull Ring performance and compared to when we were here before, we even improved by about two seconds. The new fairing with new tank and rear frame didn’t make such a big difference for me here, but I think we'll have more idea at Aragon". 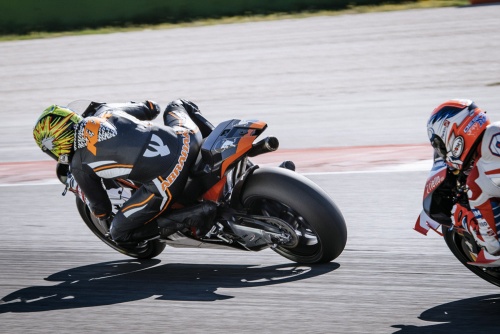 Karel Abraham came to Misano to substitute for Luthi, injured at Brno: “I've tested many things, setup and electronics - he explains - it was tiring for me, but I also had fun and think we've taken another step forward”.

Alex Hofmann was also very busy: “That was my first real test day with the RC16. We were able to ride the whole day long and put in 92 laps in perfect conditions even though I had the feeling not a lot was happening, which is a good sign. The RC16 seems very good after all the changes and I continue to be enormously impressed at the amount of work by the whole troop. We’re now at a level where we can confidently say that the wild card comes at just the right time".