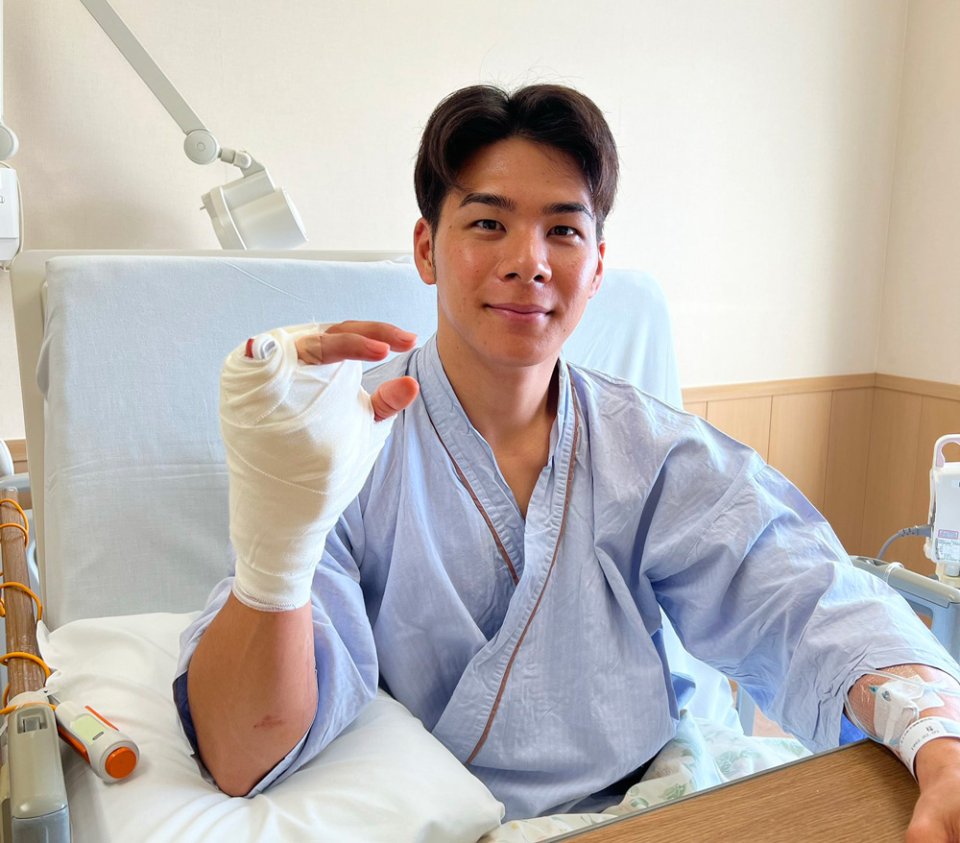 Takaaki Nakagami had to undergo a third operation for his injured finger during the accident in Aragon, when Marc Marquez lost control of his bike following a malfunction of the rear lowering device after touching Quartararo.

Takaai injured both the ring finger and little finger of his right hand and was operated in Barcelona. He had decided to return for the Motegi GP but realized that his conditions were still not optimal. So, he returned to the operating room for surgery on the tendons of his hand, having to skip the three Grand Prixs that followed, and then raced the last race of the season in Valecia.

But, once again, his little finger was still giving him problems, and that’s why he decided to get operated again. The doctors performed surgery on the extensor digiti minimi, the muscle of the forearm that allows for extending the little finger of the hand.

As Nakagami wrote on his Twitter profile, the surgery was a success, and now he’ll have almost three months to recover and be able to present himself in tip top shape at the Sepang tests in February.