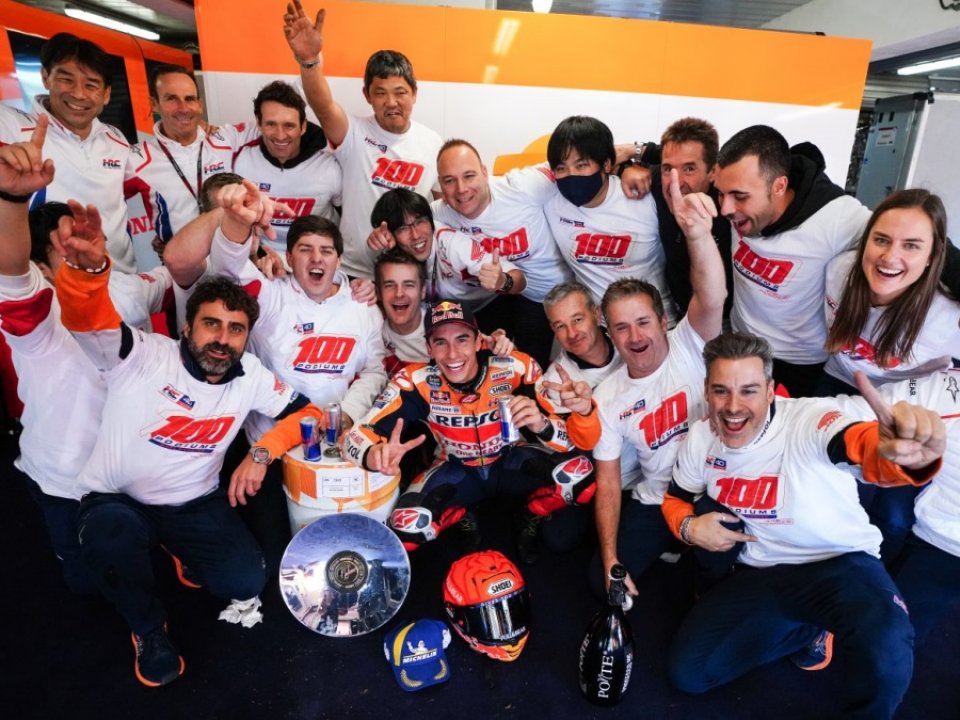 It took only four races for Marc Marquez to return to the podium, after he stopped racing due to his fourth arm surgery. In Japan and Thailand, we already knew that the Atomic Ant was on his way to a definitive return, but it was actually confirmed in Australia, where Marc demonstrated to be in his natural habitat, in the midst of a struggle for a victory.

And although the winner’s trophy ended up in the hands of Alex Rins, with a second place at Phillip Island, the eight-time champion can rejoice for his first podium of the season – his 100th in the MotoGP – and for his great performance, which allowed Honda to return to appreciate “Marc’s spirit and possibilities on such a challenging track,” as Alberto Puig stated in his interview with As.com, also pointing out that: “The most important thing was to see Marc return to his true speed and be able to show his true DNA. This means fighting for a victory.”

“From the Repsol Honda Team’s and HRC’s point of view, we’re very happy for him and, of course, to be in the lead again,” the team manager continued. “But the focus is on him, because we know what he has suffered, and we have nothing but respect and admiration for the effort he has made to return to these conditions and make it to this level.” There’s definitely no doubt about what Marc is worth, but it’s a different case when it comes to the RC213V, since it doesn’t yet seem to be at the same competitive level. “We just needed a bit of speed,” Puig admitted. He expects to see Marquez at the top even in Malaysia.

“When you have a rider like Marc, you can never leave him out of the equation. It won’t be easy, but we’ll see what happens. The most important thing is that he’s improving his condition, and Honda must give him the tools to do what he’s capable of doing,” the former rider added, aware that there’s still work to be done in Japan, in order to shoot for the stars in 2023. “We’ll continue to work for the future, to have the best bike possible, and bring the title back to Honda. This is our commitment and our duty as a leading company in the racing sector.”