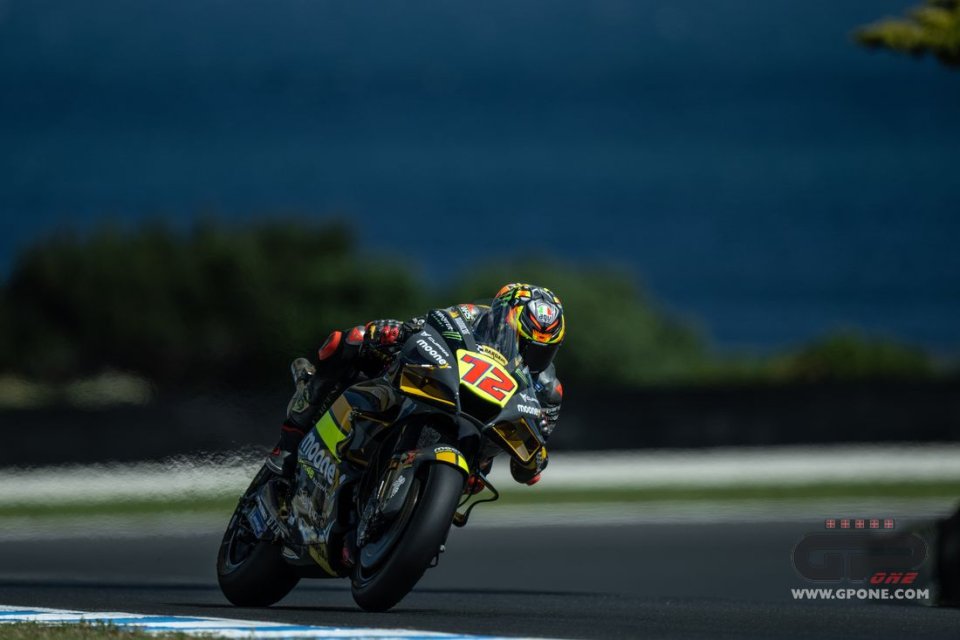 It was love at first site for Marco Bezzecchi at Phillip Island. On one of the most unique but difficult circuits of the entire calendar, the VR46 rider was immediately at ease on the Ducati during his debut in the MotoGP. And his time proves it, with 38 thousandths of a second, after Zarco’s first place on Friday.

“You need balls to go fast in Phillip Island,” he said smiling during his interview with Sky. “I’m happy, it was a good day. We really made progress during the FP2, and I could ride really well.”

This isn’t a foregone conclusion on a track that’s just stone’s throw from the ocean, with weather conditions that can take a heavy toll.

“There’s a lot of wind, and this complicates things a bit. Historically, I’m not great with the wind, but I felt good here, even if I don’t know why,” Bezzecchi continued. “I could ride in a fluid manner without pushing too much and being stiff. If the bike moved, I’d let it.”

As usual, Marco had several ups and downs in his first queen-class season, and he wants to make up for some recent disappointments.

“The Assen podium had been a nice injection of confidence. It helped me become confident and aware of what I can do,” he recalled. “On some tracks, I’m immediately at ease. On other tracks, less so. This is part of my progress, and I’d like to have a nice race here in Australia. Unfortunately, I didn’t succeed in Thailand. It was morally harsh to see that the others were going much faster than I was in wet conditions. That’s fine. I had never ridden with those conditions in the MotoGP, and you need some experience.”