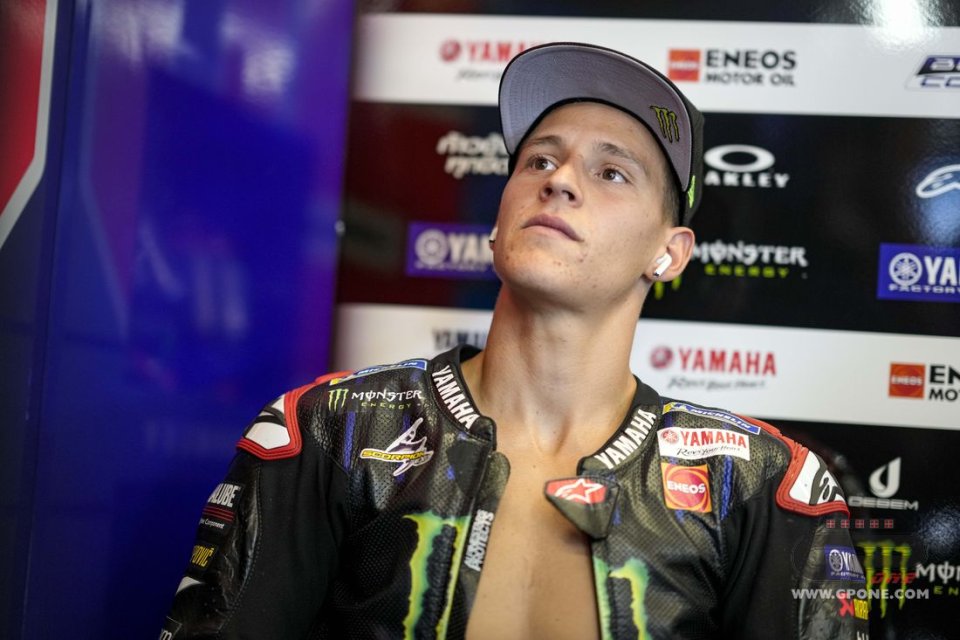 Once upon a time there was a French demon in the land of the Rising Sun .. if it were a story, that is how Fabio Quartararo’s at the Motegi circuit would begin. Five races from the end of the championship, and in the middle of a fight for the title, the Yamaha rider still holds the supremacy in the standings with gritted teeth. But in this second half of the season he has seen his hard-earned lead diminish dramatically, also thanks to a couple of crashes, the last of which unfortunately in Aragon. It is therefore no surprise that tension is felt, especially as El Diablo has to contend with the usual eight Ducatis on the grid to lock him out on a battleground that favours his rivals. In the first free practice session, Fabio set the third best time just a few hundredths from the two factory Ducatis, but he was unable to hide his concern that the margin of the Rosse has yet to emerge. Japan, however, it should be remembered, has a very flourishing mythology dedicated to demons, the 'Oni'. Who can say therefore if this French demon will be able to add his own fairy-tale story to the pantheon of Japanese motorcycle racing folklore...

"The first free practice session was 'intense', but quite good - Fabio said - I think our pace looks not too bad. But to see the margin the others have compared to us is amazing because I was on the limit from the first lap and our margin is not so high. So, actually it’s quite tough out of the acceleration with the holeshot devices and aerodynamics Ducati has, it was tough. But I feel we did our best today and it was quite ok.”

"Today there was a light rain but it was never dangerous to ride, you adapt quickly, especially with my riding style. It was a little bit strange in the beginning with the abrasions because it burned a little bit, but after the first few laps you adapt and it was nothing. So, it didn’t affect my riding.”

The weather tomorrow in qualifying does not bode well, it is almost certain that it will be in the wet, but Sunday should clear up and it will probably be in dry conditions.

"It will be something we will have to evaluate carefully, the choice of tyres. I think that on the front the choice is obvious, while on the rear the soft one gave good performance but the medium remains an alternative."

Who do you see as your main rivals here on the Japanese circuit?

"Miller was the best of the Ducatis today, but all their bikes will be competitive. Aleix has shown that he has good pace, and even Marquez, despite not showing it in the last race, will certainly try to stay in the leading group among the fastest ".

Five races until the end of the season, do you feel the pressure of these competitive Ducatis?

"The pressure is there, I'm not saying that I like this situation very much, their bikes are really fast, but I also experience it as a challenge with myself, to always try to give something more in the race".