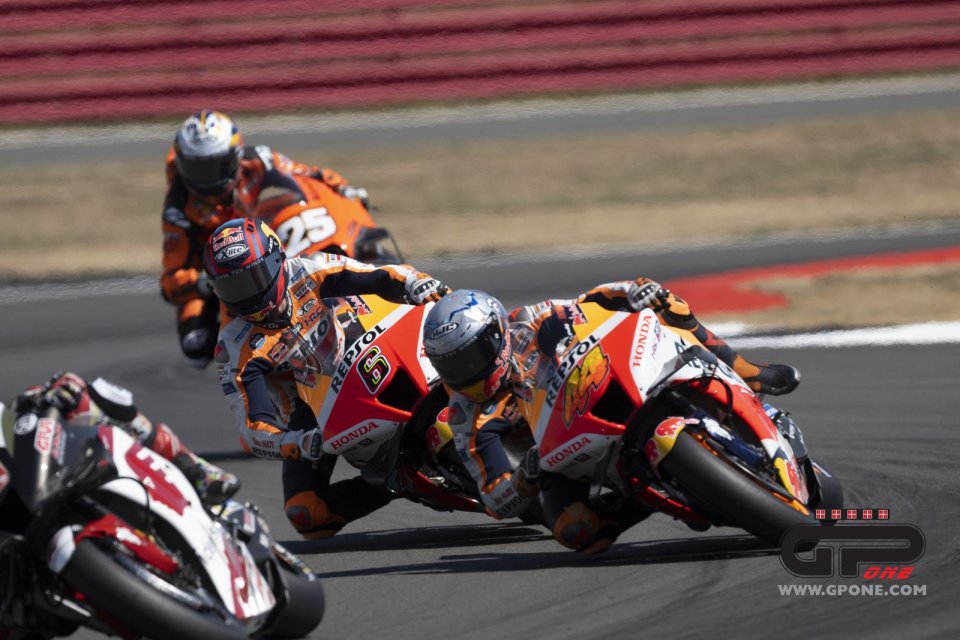 After an extraordinary winter and an encouraging first race, in which he fought for victory and finished on the podium, Pol Espargarò and the rest of the Honda riders have gone into a free fall which has prevented anyone from returning to the podium. There is one very significant fact: despite having missed six races, Marc Márquez, 14th in the general points standings, is the first of the Tokyo manufacturer’s riders, with a margin of 15 points on Takaaki Nakagami, who is 16th.

Of course, Honda is not in an easy situation: orphaned of its leader, it can no longer count on Pol, who is moving to KTM, or on Alex Marquez, who will ride on the Gresini team's Ducati next season.

At Silverstone this weekend, Espargarò never found the confidence that allowed him to be optimistic. On Saturday he failed to get through the first qualifying phase and in the opening laps of Sunday's race he found himself at the back of the pack, until he gradually overtook his rivals and crossed the line in 14th place, two tenths of a second behind Nakagami and 13.9 seconds behind the winner Pecco Bagnaia.

"What bothers me is that Honda does not express itself, that there is no reaction. I don't see Honda being very worried. I don't know what to interpret. The worst thing is that a manufacturer like this does not show its muscles," said Espargarò to Motorsport.com. “Five years ago it seemed unthinkable that Japanese brands would gradually fall apart and that the Italian ones would fly. It was something that could not be foreseen," added the Catalan.

"The problem is that I have no idea what Honda thinks - he concluded - I don't know if what is going on here will arrive in Japan. At first glance it doesn't seem like it, because we are not getting the necessary material to improve the bike".