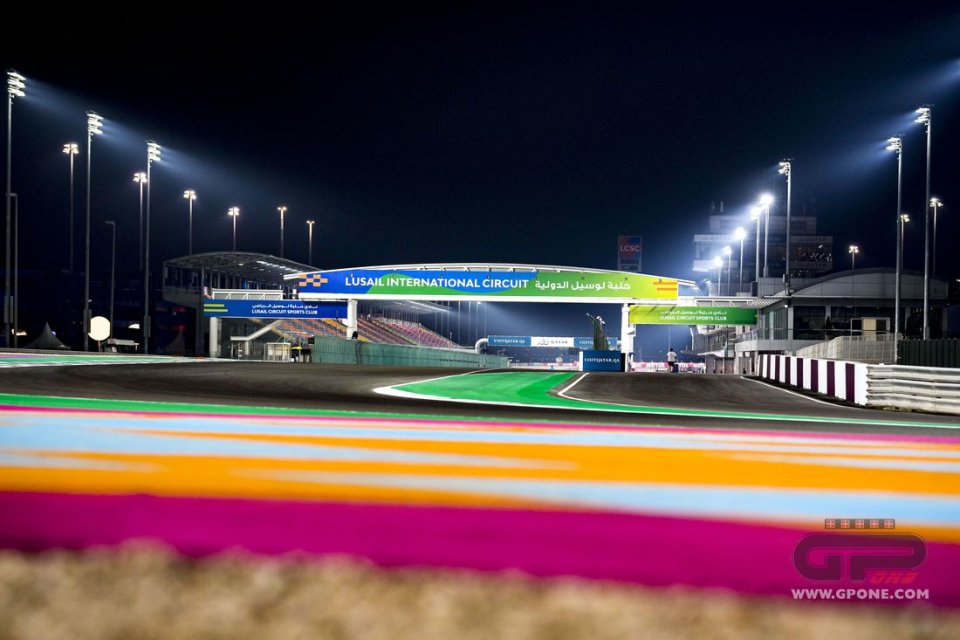 The Losail circuit is ready to change its face and get dressed up for Formula 1. As already announced, the Qatar GP will no longer be the inaugural round of the MotoGP World Championship because the track infrastructure will be affected by major work. As Speedweek reports, the track will not undergo any modifications, or only minimally, but everything around it will change.

The top flight category of motorsport first made a stop in Qatar last year due to Covid, but a 10-year contract has now been signed and the circuit does not meet F1 standards. What is missing is a VIP area up to scratch and this is where the interventions will be made.

What has been the paddock up to now will therefore become a huge VIP village and to build it the pits and paddock will be moved from the left to the right of the main straight. This will also mean dismantling the small grandstand on the main straight to rebuild it on the other side.

The work will be massive and should start as early as this summer, but they won't finish in time for March. For this Dorna and the organizers have decided to move the GP to the end of the season in 2023, probably to October, while F1 should race in Qatar in the following month.

Where will next season start from then? Perhaps in Europe, with the Portimao circuit among the candidates to host the opening round.

Bagnaia bids farewell to Miller: "you are one of the coolest people in the...

Mir admits his 4th place was due to Espargarò’s mistake: “He won’t do it again...