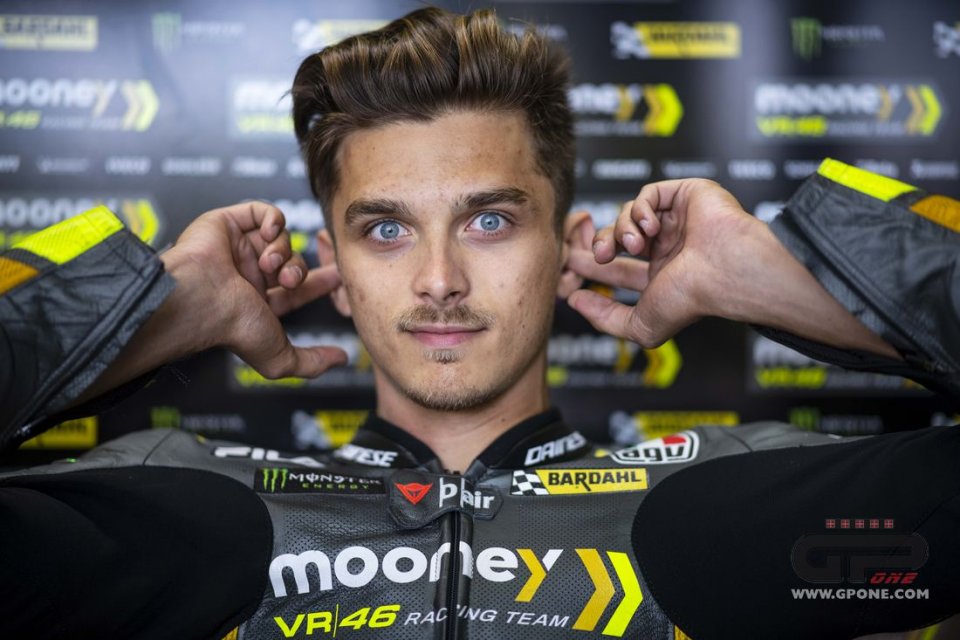 Step by step, Luca Marini is approaching the top. He started his journey from the bottom, he didn't give up, and today he progressed further. The VR46 team rider took second place in free practice, in line with the best Ducati riders.

"The bike worked well here and with the same foundation used in the Barcelona tests,” Luca said. “I'm happy I’m fast  in a very different circuit. Now we have to fix something with the race pace with hard tires, because Pecco managed to be very fast. He’s the guy to beat for now. Tomorrow I’ll try to get closer. I’m lucky to be able to see his data."

Your pace isn't bad either.
”Yes, but I felt better in the morning with the medium tire on the rear while, in the afternoon, I struggled more. It’ll be warmer tomorrow and Sunday and more difficult for everyone. In the FP2, the bike slipped a lot, and I couldn’t lean like I wanted. I was losing, especially in the second and third sector of the track. It’ll be important to know how to manage the tires and start up front, because many of us have a similar pace, and I don’t think it’ll be possible to make a big difference in the race."

Are you surprised to see so many Desmosedici in the top positions on this track?
"It's nice because it means that Ducati has worked well. It shows that our bike is competitive everywhere. But I’m not very surprised, because Ducati currently has the strongest, most fit riders who have something to prove since there’s a vacancy on the official team. I think everyone wants it. Me, above all. And we're all giving something more. This makes us push even more."

They never talk about you for that bike.
"Rightly so. The results are the first thing you look at. For now, Bastianini and Martini have been better than me and have managed to get results that are different than mine. I think it's normal, but I want to keep progressing and try to prove my potential from here on.”

There are 5 GP22s ahead. Does that mean anything?
”Even Di Giannantonio was very fast. He’s really close to us, while Bastianini never liked this track, and Bezzecchi had some problems this morning. Maybe it means they're still improving the GP22, fixing something that we might not feel, but there's always a lot of work behind it. They try to improve it at each GP."

With your time, do you feel you already have a place in the Q2?
"Absolutely not. We’ll have to go down to 1’19". Staying calm is impossible ,because the track will improve. We’ll be forced to lower the times, maybe to 1’19"6. We have a very soft tire."