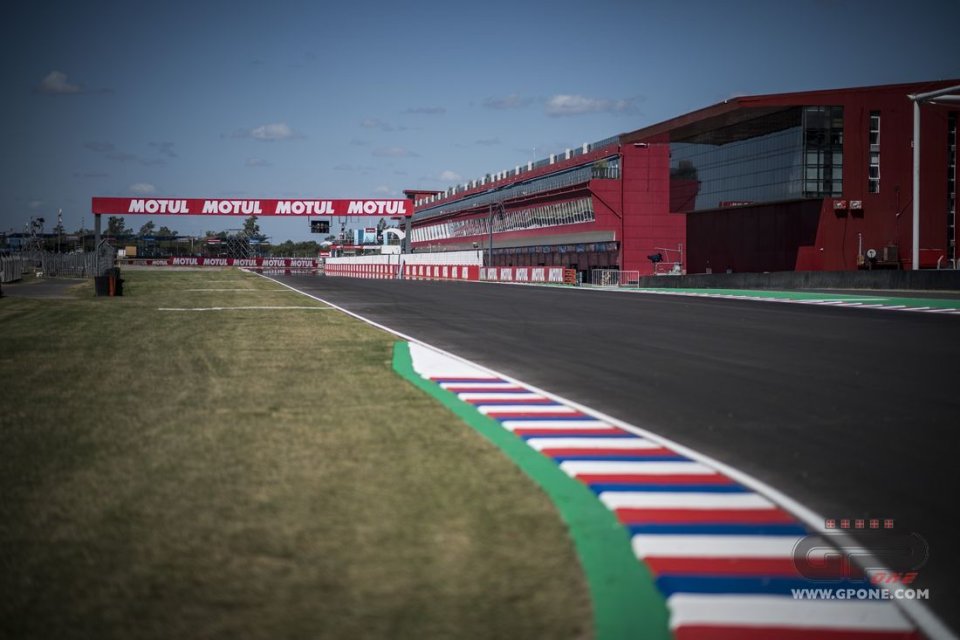 The Argentine Grand Prix will run over two days only. The delay in the arrival of the crates of some teams is worse than expected and the material will not be at the circuit until tomorrow.

The Ducati team, contrasting what was previously reported, has received the bikes but not some of the spare parts and the garage structures, while VR46, Gresini, Ajo and Leopard have not even received their bikes.

For this reason it was decided to pool together all the free practice and qualifying sessions on Saturday.

These are the new times (local time, add 5 hours for CET) 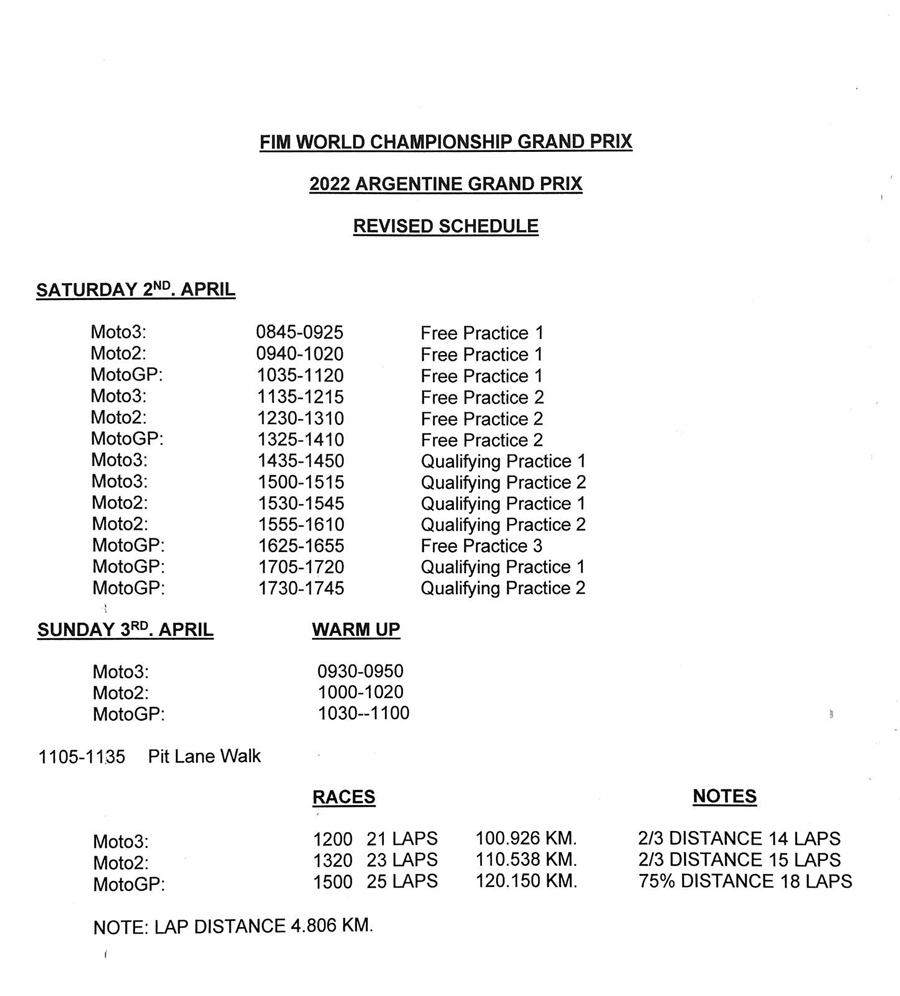 This is the official press release:

Logistical issues affecting freight for the FIM MotoGP World Championship have obliged a schedule change for the upcoming Gran Prix of Argentina. Five cargo flights were scheduled to ship paddock material from Lombok, Indonesia, to Tucuman, close to Termas de Rio Hondo in Argentina, in the week following the Indonesian GP.

Due to two separate issues affecting two different flights, the final freight for the Argentina GP will now arrive in the country on Friday. The flight contains freight for all classes of the FIM MotoGP™ World Championship, with changes to the time schedule therefore obliged for all classes.

Free Practice sessions will now begin and take place for all classes on Saturday morning. Of the sessions that normally take place on Friday, only one has been cancelled, with the other moved to Saturday. Qualifying will take place on Saturday afternoon, with a slightly later start time.

Warm Up sessions on Sunday morning have been extended, with each race set to begin at the same start time as originally scheduled.

The trip from Lombok to Termas consisted of five flights. Three of the planned cargo routes took freight from Lombok to Tucuman via technical stops in Mombasa, Lagos and Brazil. The two other routes saw freight planned to travel from Lombok to Doha, Doha to Accra in Ghana and then on to Tucuman.

As of Thursday morning local time in Argentina, one cargo load remains grounded in Mombasa, Kenya. The plane is awaiting a part in order to return to the air, with two parts – one dispatched from Europe and another back up part, dispatched from the Middle East – already en route.

The plane is expected to take off this evening and will follow the route from Mombasa via Lagos and Brazil, arriving in Tucuman on Friday.

Dorna and IRTA would like to thank the teams and paddock personnel for their effort and understanding, as well as the promoter of the Grand Prix of Argentina for their invaluable support and assistance.

We also would like to thank fans for their patience, both those in Argentina and those watching around the world, and we look forward to enjoying some fantastic track action and racing on Saturday and Sunday.