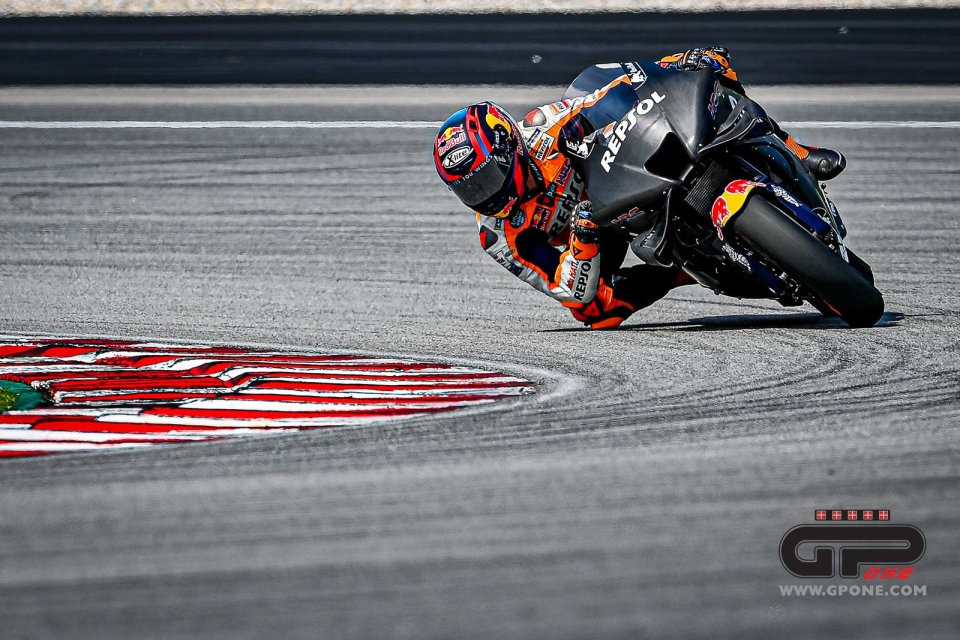 The expected communication about Stefan Bradl stepping in for Marc Marquez in Argentina has arrived. So it will be the German test rider who will replace the eight-time world champion in the Honda factory team, as already happened on numerous occasions in the past.

For HRC it was important not to leave idle the factory RC213V, a bike that is still waiting to deliver its full potential and which needs more development data and kilometres on the clock. Stefan is therefore the best choice, as the team waits to find out when Marc can get back on the bike.

“The most important thing is sending my best to Marc and hoping that he recovers quickly – declared Bradl – Until then, I will do my best for Honda HRC and the Repsol Honda Team in his place. I have already done a few tests this year so I am familiar with the new Honda RC213V but of course coming into a MotoGP weekend is a different situation. I have some good memories of Argentina; I was fifth there in 2014 and seventh there when I last raced in Termas in 2016. We will work with the team to define the plan for the weekend, I have no doubt it will be a busy one.”

Of course Stefan will have Espargarò by his side. Pol had started the season on the right foot by getting on the podium in Qatar, but he struggled in the Indonesian GP.

“I am looking forward to getting our season back on the right line after a difficult weekend in Indonesia, what has happened is in the past and now we focus on the future – explained the Spaniard – We are close to the top of the championship and the objective is to put together a weekend like in Qatar. I have had some consistent results in Argentina in the past and we know what the Honda this year can do. It’s time to keep working and show our potential.”

THE 2023 CALENDAR The Suzuka 8 Hours, valid for the FIM World Endurance Championship, will take place in 2023 one week later than originally planned...
4 sec ago

The FS-3 Racing Kawasaki team continues to focus on young riders in the British Superbike. With Rory Skinner in the Moto2 World Championship, 19-year...
10 hours 11 min ago

His wife posted about his condition: “He is okay and in the best place possible. They will keep him in for a few days to monitor him.”
19 hours 22 min ago

Peter Oettl merges with Intact GP. The Swedish brand Husqvarna will race in Moto2 with Darryn Binder and Lukas Tulovic and in Moto3 with Ayumu Sasaki...
1 day 23 hours ago