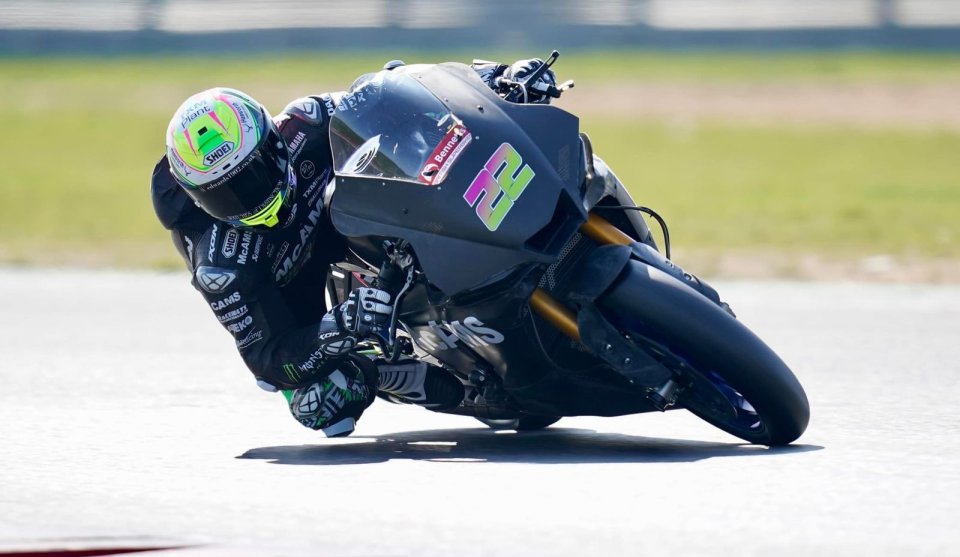 After missing out last season and a prolonged winter break to metabolize the disappointment, Jason O'Halloran laid out his cards on the table for 2022. At the top of the time monitor at the end of the day 2 yesterday, today the McAMS Yamaha rider again sent a clear message to the competition, further improving the Snetterton 300 track record on the final day of official British Superbike MSVR tests. The returning Tom Sykes was 72 thousandths behind on a Ducati and 98 thousandths a regenerated Bradley Ray (Yamaha) in the combined three-day standings.

Record-breaking O’Halloran, but the youngsters...

Working for the first time with his new chief engineer Les Pearson, the Australian has undoubtedly begun the 2022 season in the best possible way. On a competitive Yamaha R1 machine, he set a new track record in 1m46.571s, improving on his Saturday record time by 4 thousandths. With the 2021 Champion and teammate Tarran Mackenzie seventh, still not in perfect physical condition due to his recent injury, O'Halloran had to deal with young BSB lions such as Bradley Ray and Rory Skinner: the former benefited from OMG Racing’s switch to Yamaha (2nd today and 3rd in the combined), while the Scotsman (3rd today and 5th in the combined) confirmed his improvement in the second year on the FS-3 Racing Ninja ZX-10RR.

Both riders are expected to be outright protagonists in 2022, just like the MCE Ducati team were over the three days. Upon returning to his homeland, Tom Sykes left the ex-RAF airport with an encouraging second place in the combined standings at +0.072s, with the knowledge that he has quickly got to grips with the Panigale V4-R in BSB spec, at least on the flying lap. Although totally deserting the last session today, the excellent work done in the Paul Bird Motorsport team garage was confirmed by the 2015-2020 Champion Josh Brookes, in fourth position just over a tenth from the top.

With the reduced gap between the top-15 riders, all in one second, demonstrating the balance in the category, the following riders were also bale to get into the top positions: Danny Buchan (6th on SYNETIQ BMW), Peter Hickman (8th on FHO Racing BMW), Danny Kent (9th on Buildbase Suzuki) and Tommy Bridewell (10th on MotoRapido Ducati). The 2018 Champion Leon Haslam, also on his return to the series, in 17th position with VisionTrack Lee Hardy Racing Kawasaki, was further behind. The BSB riders and teams will take to the track again on Thursday 31 March on the Donington Park National track for the second official test organized by the promoter MSVR. 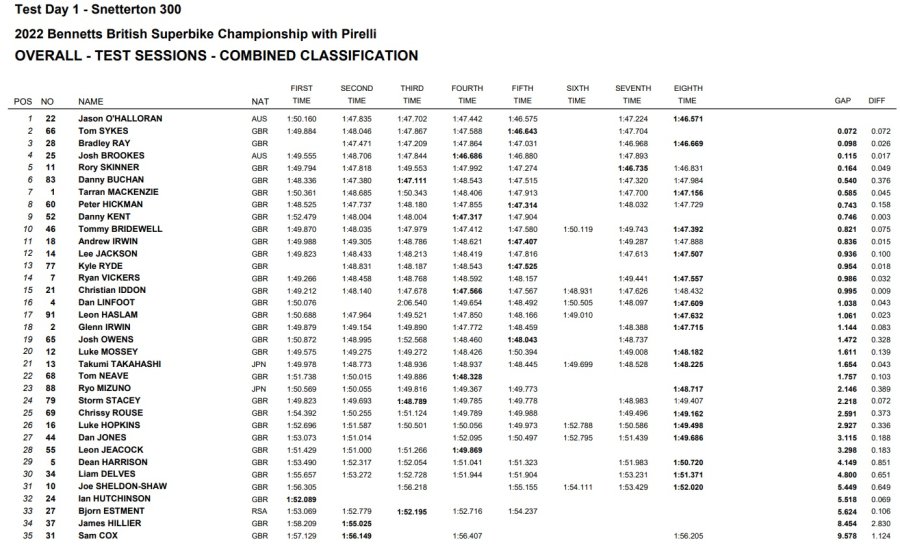