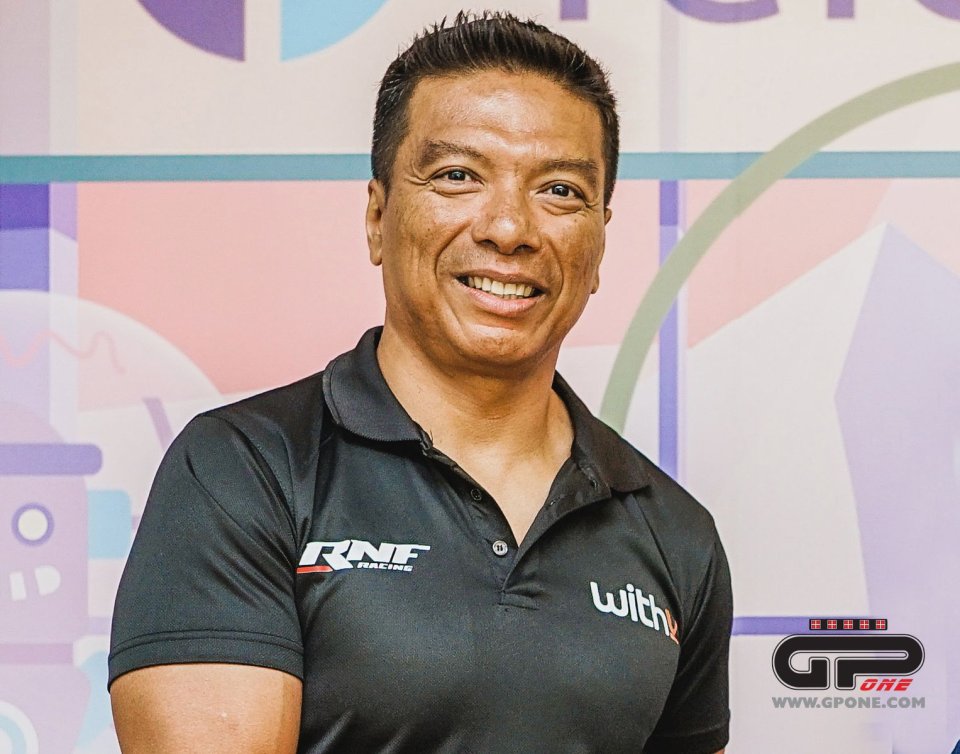 Dovizioso’s and Darryn Binder’s WithU-Yamaha team was born on the notes of the aria, “Nessun dorma” (Let no one sleep) from Puccini's Turandot.

Probably a subliminal message of Mattia Ballarin – owner of WithU, the sponsor of the newborn Yamaha RNF team – as well as of Razlan Razali, seeing that the phrase from the opera, “all’alba vincerò!” (I’ll win at dawn!), leaves very little room for interpretation.

However, we shouldn’t  think that the team – which rose from the ashes of the Petronas-Yamaha team, the phoenix of the MotoGP – will be  a tough guy on the track. At least not in the beginning.

“We’re starting from scratch,” Razali acknowledged, “but with the experience of previous years. Obviously, from a target viewpoint, we’d like to see Dovizioso fight for the world championship and Binder for rookie of the year. We’d also like to be the best independent team. We were  in the recent past, but we’re aware, for the moment, that we’re the underdog of the championship. This is an exciting moment for me. It means the reconstruction and rebranding of the team.”

With the added difficulty of having only a one-year contract with Yamaha.

"That’s true,” the manager from Malaysia continued. “But this is mainly due to Yamaha’s policy. We’re a new team, the company is only four months old, but we’ll have to have the extension for another year next June.”

The WithU Yamaha team will practically have the same treatment obtained in the recent past.

“Yes, Dovizioso will have an official M1 2022, while Darryn Binder the 2021 version, which is natural, given that he’s gone from the Moto3 to the MotoGP and has yet to understand the  bike. That’s why he’ll immediately be on the track in Sepang in January, with the other rookies in the category."

With regard to choosing Darryn as second rider, there's been a lot of criticism, even personal criticism, due to his aggressiveness.

“It’ll be up to Zeelemberg to lead him in the right direction. We’ll take our time without rushing him. Of course, we know it's a great risk for us, but also for him. The important thing is that he progresses.”

Under the Petronas brand, Razali had launched the team as a training school for young riders.

“At the moment, we don't have any program other than this year, but it’s true that we raised Quartararo. In my opinion, the Dovizioso-Binder duo is well balanced. And the team has the experience of the past years. Stigefelt? He practically didn’t have a direct role with the riders in the past MotoGP team. He  was working with the Moto2 and Moto3, which is why our paths divided. Following the MotoGP has always been Wilco's job. Sure, I know the expectations of the fans, but we’ll have the same approach we’ve always had. As a team, we’re surprising in  the beginning, but winning isn’t a guarantee. We won, but we also lost badly, like last year. That's how sports are.”

The world championship is again starting under the dark cloud of Covid-19.

"We’d like the paddock to return to normal. But the paddock has to reinvent itself. The right people must have the right pass. The F1 attracts investments, while the MotoGP struggles. We and Dorna have to think about this. Things are more difficult now, but we need to be able to attract more sponsors. Teams have to reinvent themselves, and we’re in the process of doing so."

Bastianini: "Overtaking Darryn Binder is risky, he made me go wide at Turn...

Binder: "My KTM was like a shopping cart at Le Mans"

Marquez 4, the return: doctors give the OK: he will be at the Austin GP

Binder: "The FP4 was a disaster, but I’m confident for the race"