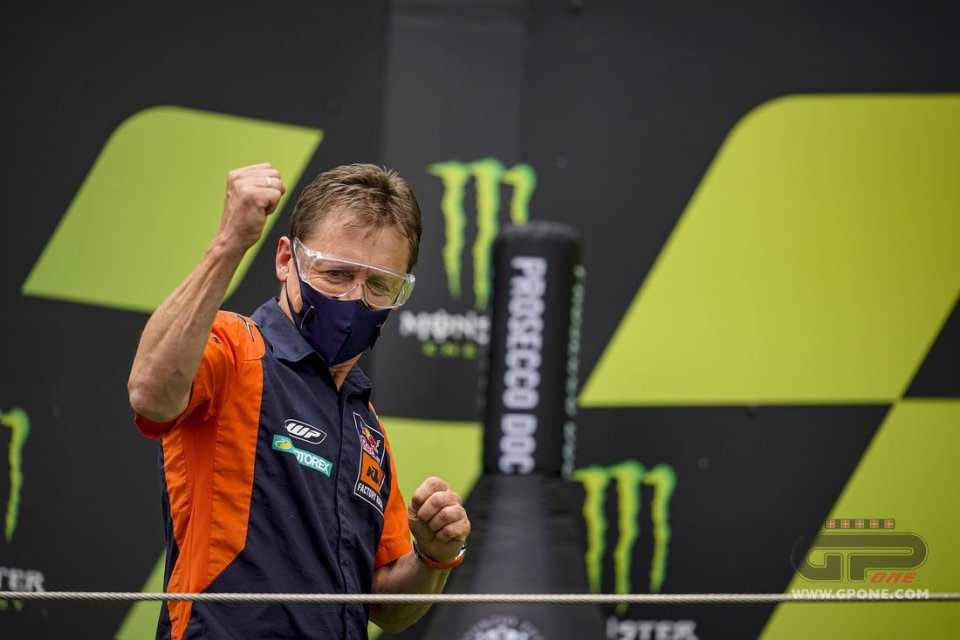 Mike Leitner followed KTM’s MotoGP project from the very beginning, but his role will change starting next year. In fact, Francesco Guidotti will be the new team manager, and Mike will remain in the company as an external consultant.

The news, however, wasn’t a bolt from the blue, but quite the contrary. Leitner himself was “in contact with Guidotti in the Valencia GP and in the tests at Jerez,” he revealed to Speedweek.

“We had talked several times about a change in the structure of the MotoGP team but, I must admit, it happened a bit faster than expected.” He continued: “With Pierer, Beirer, and Trunkenpollz, we agreed that I could no longer give it my best in my role as team manager.”

The Austrian manager had the merit of literally building everything from scratch, because the MotoGP racing department didn’t even have headquarters in 2015.

“There were only a handful of people and, with the exception of Kurt Trieb who designed the 990cc V4 in 2004, no technicians had experience in the MotoGP,” he recalled. “We now have a racing department with 150 employees. We opened it in 2018, 2015, and, in 2016, we were part of the marketing department.”

KTM has taken the MotoGP challenge seriously, even if it got less than it would have expected in 2021.

“Other constructors also struggled at times. For example, we won two races this year, Suzuki none,” Leitner emphasized. “The KTM project is developing. There’s a desire to improve. I have a contract until the end of 2022. Next year, I’ll definitely go to some Grand Prixs. I’ll keep my eyes open, and I’ll share my ideas.”