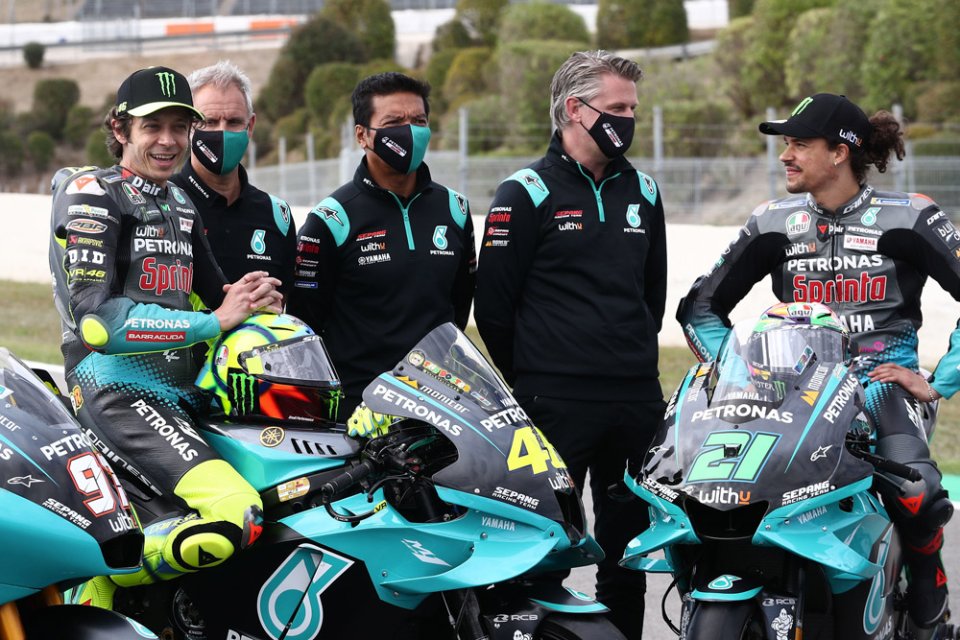 The Petronas team no longer exists, in its place there is RNF, but Razlan Razali remains at the helm, after dissolving the partnership with Johan Stigefelt. The Malaysian team, upon its arrival in MotoGP, surprised everyone, taking 2nd place in the Riders' championship in 2019 and 2020, first with Quartararo and then with Morbidelli. This season, however, it has not been able to continue with those results. Valentino Rossi was not competitive, while Morbidelli had to stop to have knee surgery, before being moved to the factory team.

As if that were not enough, Petronas decided to abandon the team. “If I could turn back the clock, I would have decided in June 2021 to accept the first new contract offer from Petronas. But I wanted to negotiate for more money,” confessed Razali in an interview granted to Speedweek.

It was the wrong choice, because the oil giant decided to take a step back and the Malaysian manager had to rebuild everything from scratch. Next year on the fairings there will be WithU, while the riders will be Andrea Dovizioso and Darryn Binder, still on Yamahas.

Petronas is not Razlan's only regret, however, the other is called Valentino Rossi.

“There was always the assumption that we would have had no choice but to sign Valentino in 2021. The assumption was that we were under pressure from Yamaha, but no, there was no pressure,” he said.

At a certain point Razali was convinced.

“To be honest: I shouldn't have taken Valentino! – he said  - Personally, I was sceptical until Valentino was third on the podium alongside Fabio and Viñales at the second Jerez GP in July 2020. My mind went: 'Okay, maybe this guy can do it.'"

The rest of the season, however, was not as good, then Rossi became ill with Covid.

“After that, the results turned out to be bad. But at this point the decision for Valentino had already been made - continued Razali - I think Valentino put himself under pressure. The young riders are much faster. Valentino set better lap times than in the past. But that wasn't enough. He wanted success, his heart and mind were ready for it - but the body didn't go along with it. "