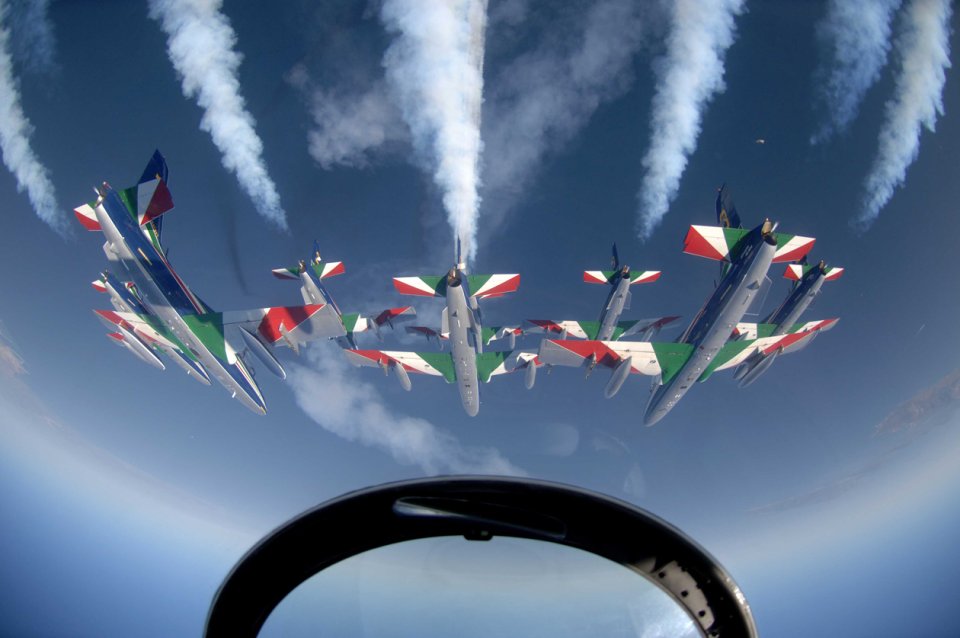 The Misano Grand Prix, where Fabio Quartararo won his first world title in the MotoGP, distinguished itself with a great celebration before and after the race. Besides the title at stake, there was Valentino Rossi’s last farewell to the category in Italy… and the GP organizers did things in a big way.

The Italian Air Force’s Frecce Tricolori aerobatic team presented a spectacular show over the starting grid of the Grand Prix, drawing the tricolor flag across the blue sky at Misano under the thrilled gaze of riders and fans. See the image taken from a very special angle: the cockpit of the Aermacchi in flight.