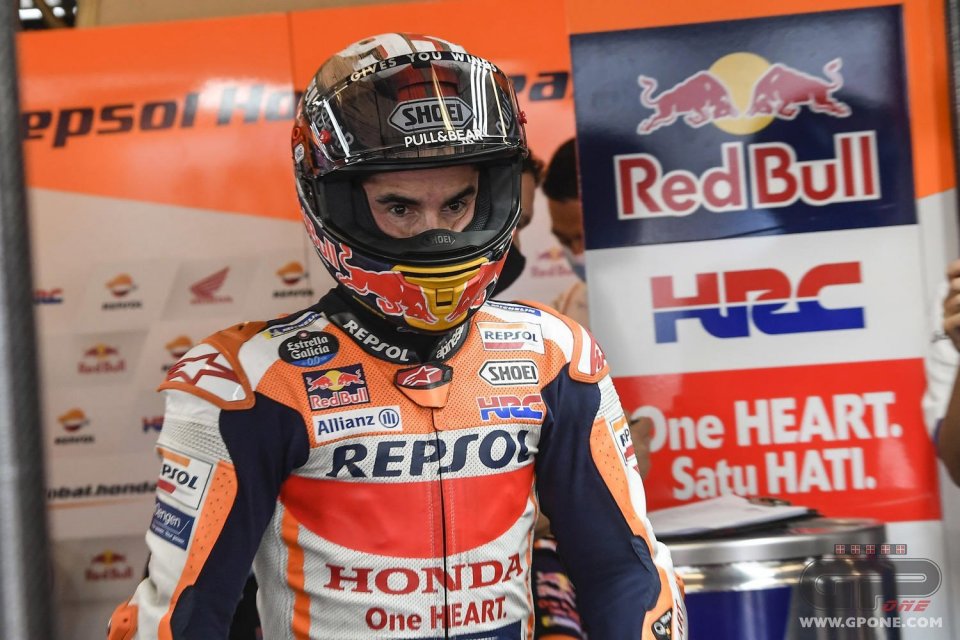 Marc Marquez arrives in Misano from the success he achieved three weeks ago in Austin. But, this time, number 93 will be put to the test even further, having to deal with a track on which he finished fourth just a month ago.

There will definitely be lots of pitfalls, but Magic Marc certainly doesn’t want to chicken out, and hopes to make progress, compared to his race in September.

“I came to Misano with that confidence I had in the tests and not based on the win in Austin,”  he began. “A month ago, I didn’t expect to finish fourth, even if my goal is still to be in the top five. I definitely would like to be stronger than thirty days ago. I must say that, in recent months, I have improved on a physical level but too slowly. That’s why my return was complicated and long. I would definitely like to race with other expectations, even if I still managed to battle it out with the fastest riders.”

For the first time in recent years, Marquez will race without competing for the World Championship.
“That’s right.  But that’s okay. Obviously, when you fight for the world championship, you have an extra incentive, but it’s not like that now. However, I’m facing this championship with different motivations and expectations, as if it were my championship.”

Marc then focuses on his win in Austin when he brought Jenny, a new team mechanic, onto the podium.
"I think that, in our sport, the presence of women is increasing on several fronts and not just in the press office. I consider all this good. This is the first year I’ve worked with Jenny, and I consider her as important as all the other members. As we all know, Santi Hernandez is our manager but, along with him, we decided it was the right thing  to make her get on the podium with me. So I think it was a significant moment for Jenny, who helps keep the morale high on the team.”

Marc celebrated his success in America but, at the same time, he still has fears about the accident that took place in the Moto3. As we all know, Oncu was suspended for two races.
“Race management needs to understand how to counter these situations that unfortunately arise. So I think it’s right to punish riders for their behavior. They have to pay particular attention, given that certain movements are very dangerous.”

His last comment is about the 2022 MotoGP calendar, with a record numberof appointments.

“Twenty races are not a few. If we want to go to more countries, we have to start removing some, since twenty races is already enough. We can’t continue to add Grand Prixs to Grand Prixs. I can accept twenty-one, twenty-two, but then there's a limit, and we all have to agree.”