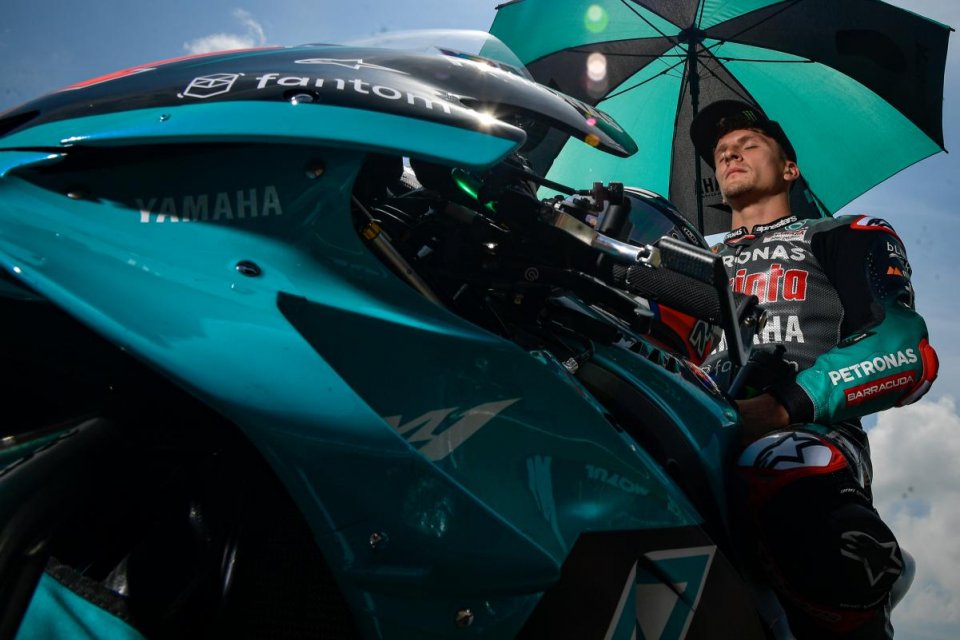 All the MotoGP riders complained, to varying degrees of intensity, about the disastrous asphalt of the Austin circuit. In the end, however, they all agreed, in the Safety Commission meeting, that COTA needs a resurfacing, without which they would not go back.

Opinions on the asphalt in Austin were among the most varied: from the ironic "training in motocross gave me a hand" from Andrea Dovizioso" to simply "it's dangerous" by Valentino Rossi. One of the sharpest views was that of Aleix Espargarò who said that it was “unacceptable for MotoGP to race here”.

While MotoGP was racing in Austin, Texan Garrett Gerloff, Franco Morbidelli's replacement in two world championship races on the Yamaha M1, including the race at Assen, was taking part in his own championship, in the third to last World Superbike round at Portimao and he expressed his opinion on the topic.

"The Assen track is very flat, but I can assure you that when I raced there with the Yamaha M1 it felt very bumpy: there were small bumps and the bike was very unstable - Gerloff said to Speedweek, and then added - A month later, with the Yamaha R1 I didn't notice any bumps on the track. The fact is that a Grand Prix bike is designed to run on a flat surface, you can feel every irregularity. So I can imagine what it is like at COTA. Because I know how big the bumps are there. Now that I understand better what a GP bike is like, I would never want to race there with a MotoGP bike ".

Another opinion on COTA came from Loris Baz, who recently returned to Superbike but competes in MotoAmerica.

"Austin still has the best asphalt of all the American tracks, there are no flat tracks in the US," he explained with a laugh.

“What the MotoGP riders have said is true. In the past, I would also have said that they are just whining ... But no, having ridden a GP bike, now I understand exactly what they mean. "

How long does it take to prepare a race bike? Alex Briggs answers