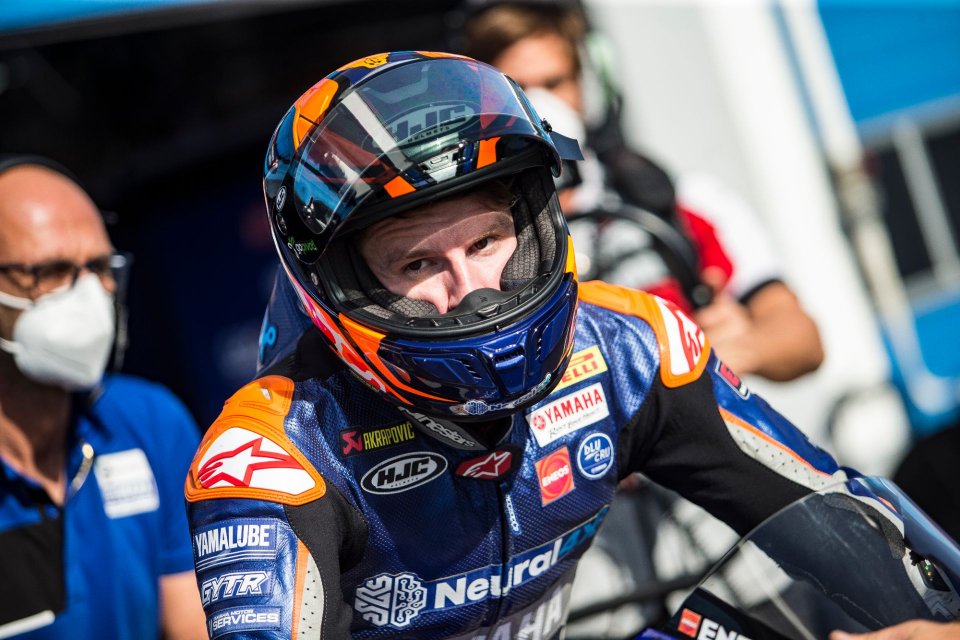 Saturday in Portimão showed us a Garrett Gerloff who’s getting closer to the upper echelons again. After the problems he had in Assen, the American rider demonstrated his confidence on the R1 in Portimão, to the point of finishing sixth behind Haslam’s Honda.

It’s a pity that the GRT rider regrets his lack of consistency, which excluded him from battling it out with the fastest.

“Without all the falls,  I would have finished tenth or close to the top ten,” he admitted. “The problem is my  lack of consistency in the race. I did three good laps, but then I lost my pace and ended up recuperating. Too bad, because I was confident before the race, but it went differently from what I had expected. So we’ll see what we have to do for tomorrow, trying to progress in terms of performance.”

Garrett’s attention then shifts to the stars and stripes round in Austin and relevant  controversies.

“In recent years, when I heard the MotoGP riders complain about the dips, I thought they were sissies. But after trying the MotoGP in Assen, I understand their complaints. The MotoGP is a prototype that is incredibly sensitive and, at Assen, for example, you realize why the asphalt is so perfect. Personally, with a MotoGP bike, I would never get on the track to race in Austin, because it’s dangerous.”

“I’d race there with a Superbike, because I know the bike and I know how to manage it with the dips. But the situation is completely different with a MotoGP, because the bike becomes unstable in all areas and, consequently, continues to move. So I think it’s really complicated to race in those conditions, and I understand the discontent.”