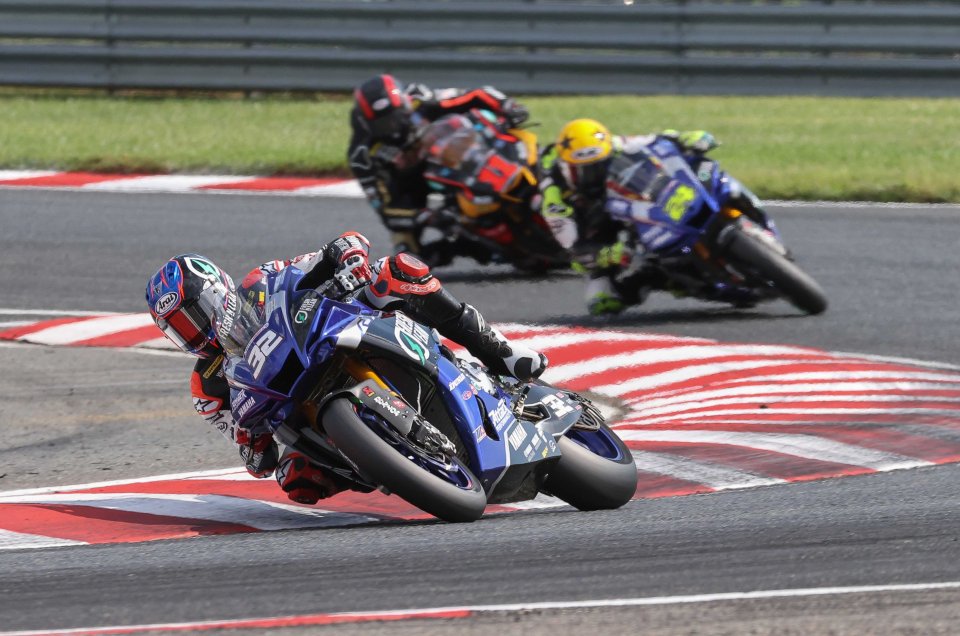 Fresh N’ Lean Attack Performance Yamaha Racing’s Jake Gagne scored another dominant victory in today’s race one of the MotoAmerica Superbike tripleheader at the New Jersey Motorsports Park in Millville, New Jersey. His impressive 14th-straight win moves him closer to his first title in the premier class. Toni Elias joined him on the podium in third. After two months away, Josh Herrin had a solid first race back, coming just shy of a top-five finish in sixth.

Gagne set the pace early, leading every session to maintain his perfect qualifying record this season. The Colorado rider got a great start from pole position and led every lap to take his 14th win of the season by a 7.6-second margin. With 100 points left on the table and five races remaining, Gagne’s 98-point lead in the championship puts him just two points away from clinching the title a week early.

Elias got a great start from the second row of the grid to third and quickly moved into the runner-up spot. He then found himself in a three-way battle for the podium and on Lap 7, he was passed by fellow Yamaha rider Mathew Scholtz. The Spaniard kept pushing but then had a moment after the halfway mark and lost some ground. With another rider on his heels, Elias kept cool under pressure and held off the competition to secure third for his second podium finish in three tries aboard the Fresh N’ Lean Attack Performance Yamaha R1.

After being sidelined from the previous two rounds with Covid-19, Herrin had a solid return to racing. Qualifying fifth, he started on the second row next to Elias and was fifth after the start. The Californian was able to close the gap to the riders ahead, but started to lose some time five laps in and found himself locked in an intense three-rider battle for fifth. Herrin exchanged positions a few times and fought all the way to the finish line, coming short of the top-five finish by just .051 of a second.