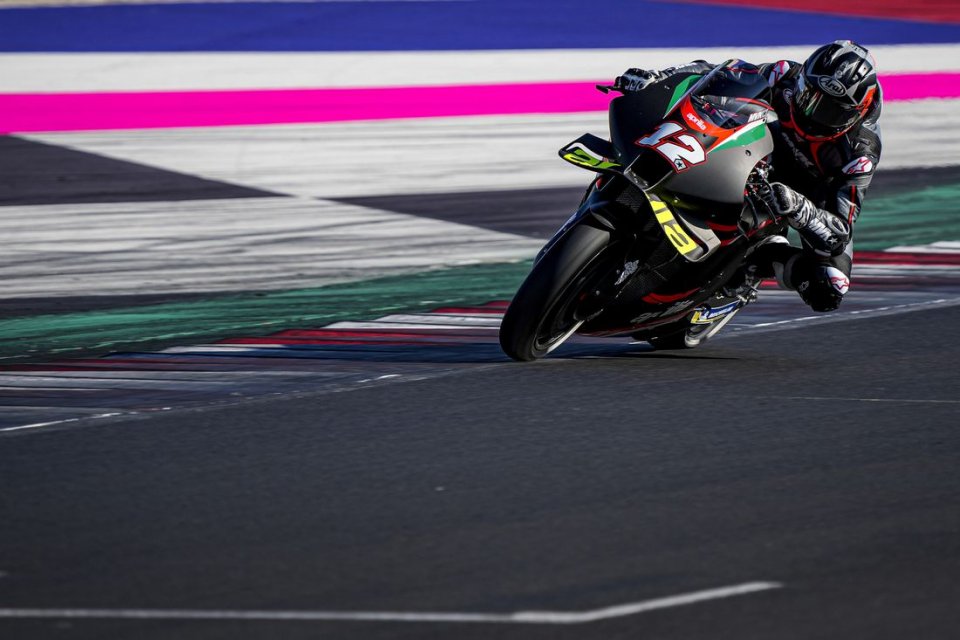 Twelve races down, another six left (except for changes in the calendar) but in a certain sense the championship is like starting again from Aragon. Not as far as the title is concerned, because Quartararo has such an advantage in the standings that he only has to think about managing the situation in the best possible way, but for the many changes on the grid. Vinales’s early departure from Yamaha has in fact triggered a chain reaction whose first effects will begin to be seen in Spain, and then continue at Misano next week.

After a couple of days of testing, Maverick is in fact ready to get on the Aprilia already at MotorLand, while in Italy we will see Morbidelli on the factory team's M1 and Dovizioso on the one in Petronas colours (which he will inherit from Franco).

With so much meat on the barbie, let’s have a look at things step by step and start with Aragon. It can be said that Vinales will get on the RS-GP at the best possible moment, or perhaps even at the worst: after the first podium in MotoGP by the Italian bike with Aleix Espargarò at Silverstone. It all depends which side of the coin you want to look at.

The best because the RS-GP is no longer the Cinderella of the paddock, but a competitive and consistent bike. Credit must be given to the men from Noale headed by Romano Albesiano for being able to exploit the concessions in the best possible way and develop their bikes despite so many difficulties. Last year Covid slowed down the work, losing Iannone was another problem and in the end they found themselves with only Aleix and Savadori, who did well to accept the challenge, but with all the limits of an absolute rookie, not only in MotoGP but also in the world championship. With the arrival of Dovizioso in the role of 'interim' tester, things have improved, but in the end it is not possible to compare Aprilia in terms of resources (economic and human) to the competition.

One podium doesn’t make a summer, but it does repay the efforts made and gives morale, just like the arrival of Vinales, the top rider Aprilia has been missing for a long time and who was found almost by chance, but you can't blame luck for that. So Top Gun can't wait to rebuild his career in the Veneto and certainly his motivation is at a top level, like the desire for revenge against Yamaha, guilty of not having understood and supported him… in his opinion.

For Maverick everything will still be all-new: he has never raced with the RS-GP and has never even (apart from the two days of testing mentioned) ridden a motorcycle with a V4 engine, so this last remnant of 2021 is nothing more than a long preparation for 2022.

So far everything is positive, but the downside is always there because while no one really expects anything from Vinales in these first races, the real thought is what a rider of his calibre can do on that bike. Espargarò has all the merits for that first podium, but he does not have the resume of the champion, which instead Maverick can boast, despite all the ups and downs of which he has been a protagonist in recent years. Leaving aside all the numbers, the Figueres rider has always won at least one MotoGP race per season from 2016 onwards and that's what he is expected to do on Aprilia as well.

If that podium had not yet arrived, the pressure would have been less, but now everyone is asking only one question: if Espargarò finished third with the RS-GP, then will Vinales be able to win? A simple question and in some ways wrong in its basis, but sport is not just made up of reasoning.

The most important thing is that Maverick enjoys what he’s doing and finds the smile on the bike again, then the results will come. This, however, does not rule out the fact that all eyes will be on him and he will have to be careful not to get distracted from his true goal.