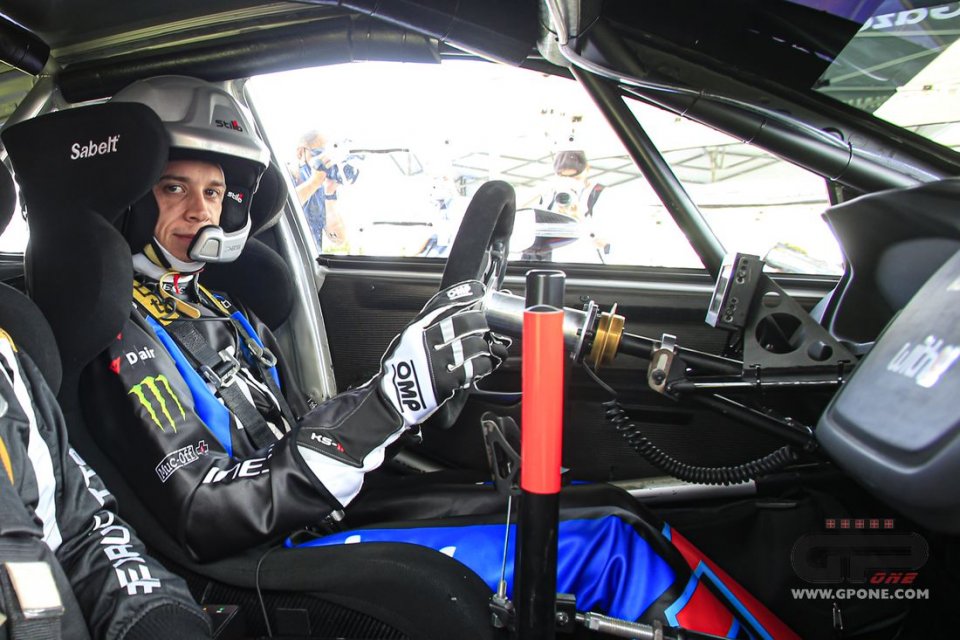 Marco Bezzecchi has the happy eyes of a child who is discovering a new toy as soon as he climbs out of the Hyundai R5 rally car. He liked the event organized by WithU in Erbezzo, especially after last year he was forced to be a spectator at the first edition due to an injury.

“I wasn't sure what to expect, but I enjoyed it a lot - said Bez - Compared to motorcycles it is another planet, but it has its charm. This car is scary, it has monstrous agility and reactivity, it's very fast and with incredible braking, that's the most impressive thing. "

Four wheels, however, are just a brief parenthesis as in just over a week’s time his Kalex is awaiting him to resume his journey in Moto2. Marco is third in the championship, but 56 points behind Gardner and not everything has gone well at the start of the season.

Were these five weeks off too long or did you need them?

You haven't been far away from bikes anyway, how are you shaping up for the second part of the championship?

“I only took about ten days of vacation, then we started training again. I am very excited, we will be racing on tracks that I really like and I am curious to see how it will go. I really want to get back on my bike and be with my team, I miss it ”.

The start of the championship has been below expectations, what was missing?

"We are always missing something, sometimes at the start of the race, sometimes the end, sometimes in qualifying. They are always small things but they have big consequences. I have to settle down a bit, in the last few races I was fast but I always got qualifying wrong. "

Did you expect such a clear dominance by the Ajo team with Gardner and Fernandez?

“To be really honest no, it was taken for granted that they would be strong, because they are two fast riders but no one expected them to make such a difference. Nobody can explain it, but that's the way it is, you have to be able to catch them and even beat them ".

Have you studied them? What are they doing different?

“I saw something, I studied a lot but then I also tried to set my head free. As I said, I understood something, but I won't tell you what (laughs)”.

There is a lot of talk about you for a future in MotoGP, both for the VR46 team and for Petronas.

“First of all I'm super happy, when you are in Moto2 you are close to the move but you also know how difficult it is to do it and having already two offers is something great. Obviously it will be a difficult choice to make because you have to feel ready, if you really are you can only know when you are there but you have to feel it before you decide. Luckily I still have some time to think about it and I've already got an idea by talking to Uccio and Carlo (Casabianca, VR46’s athletic trainer ed.). I will let you know soon what I have decided (laughs) ”.

“I didn't feel ready and wanted to keep improving. I felt sorry for Massimo (Rivola, Aprilia Racing CEO) because he was really cool, with a capital C. He proved to be a person who does things, he was interested in me and made me a proposal with everything I could wish for. I was sorry because I was in a period when I didn't feel like it, but you never know for the future ”.