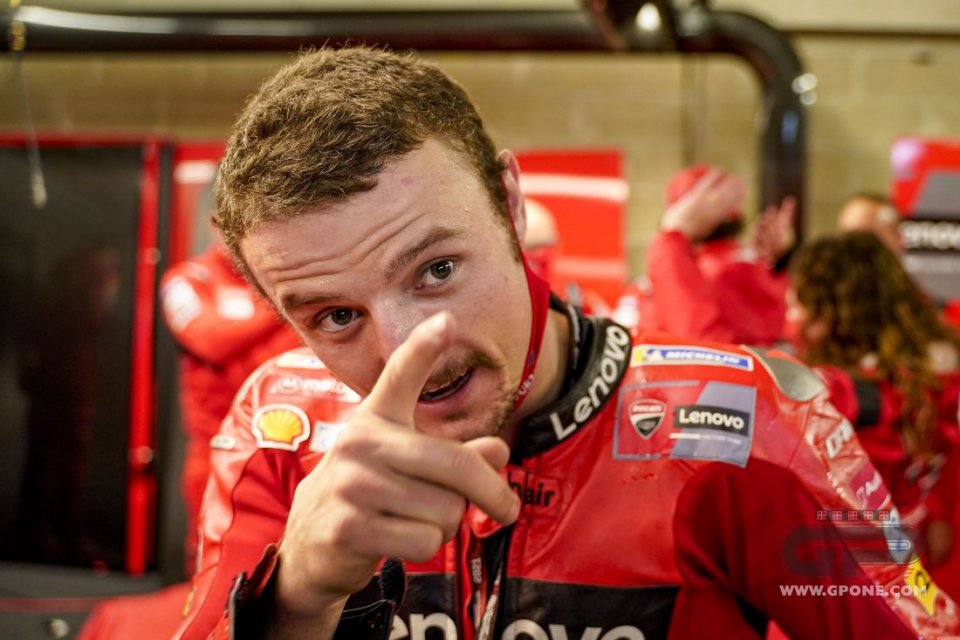 Jack Miller is never one to mince his words when he finds something he doesn’t agree with and, during FP2 at Mugello, the behaviour of his fellow riders did not really go down well with the Australian. What he encountered in the session was a Moto3-style scene, with a compact group of riders waiting for a tow.

“I think we’re meant to be the guys setting the example, but when you’ve got a bunch of guys riding at Turn 1 like this it doesn’t look good, and I ended up just pulling into pit-lane. One of them is an eight-time world champion, and that’s really not setting a great example for the kids. There were so many guys sitting waiting, and in the end there’s no need for it. The slipstream doesn’t make a difference and we don’t need it – they’re just looking for a tow. That you have at least eight guys sitting waiting; two factory Hondas, a Petronas Yamaha with nine world championships, his brother. I understand when it’s one or two, but a group of eight shouldn’t be on and we should set an example, punish and show that it’s not on in MotoGP as well.”

The Australian's voice was not an isolated one as Quartararo was also along the same lines.

“I feel like we shouldn’t have to punish riders by the time they reach MotoGP, because like I say we’re the ones setting the example”, remarked the Ducati rider, whose day at Mugello ended with the 9th fastest time and some experiments with the tyres.

"I tried to understand how the tyres behave - he confirmed - I tried to use the soft front and I immediately realized that it wasn’t good, I did the same in the afternoon with the rear but it was too hot".

From his words, he didn't seem too worried and he undoubtedly enjoyed unleashing the power of his Desmosedici on the Mugello straight.

"I tried to brake as late as possible to go full throttle in front of the photocell, but at a certain point I had to slow down - he joked - The problem is that at those speeds all you need to do is just touch the brakes a moment later and you go many more meters. I even told Bastianini yesterday: you don't know what going at 350 per hour means until you get to Mugello. I think now he understands! ".