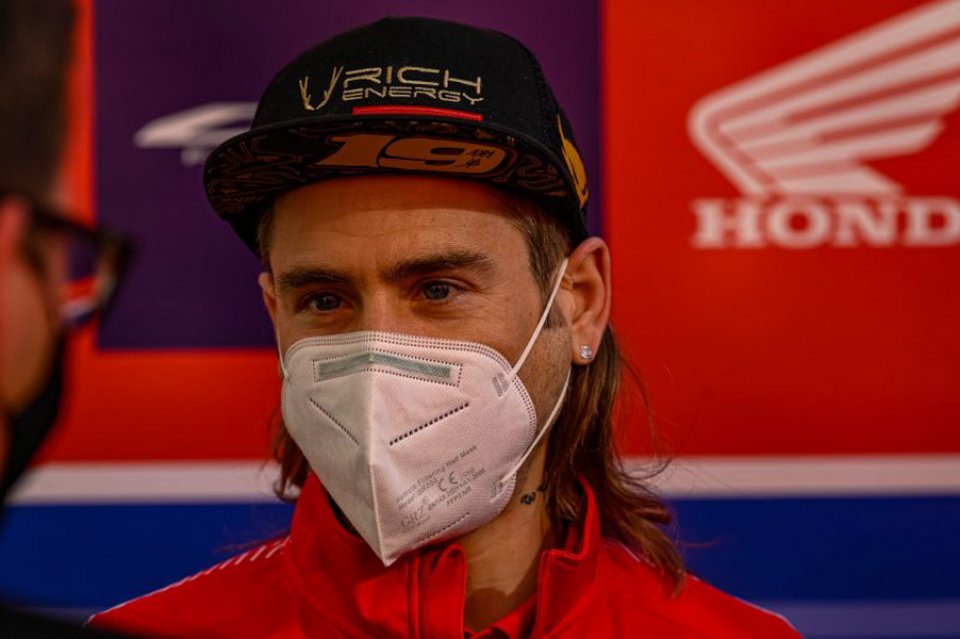 Alvaro Bautista is enjoying his fourth place at the end of free practice in Aragon and also the top speed of his CBR-RR. "Especially in the morning!" he smiles, knowing that he almost reached 319 km/h on the straight. Despite this record, the Spaniard knows that races are not won (only) on the straight and he wants to keep his feet firmly anchored to the ground.

"During the winter we struggled to complete all the planned work due to my physical condition and today I wanted to try the new front tyre brought by Pirelli, I did it in the morning and I was happy - he said about his day - It has a lot of advantages, especially in terms of stability, I think. We also made some adjustments to the electronics to better suit the track conditions, a bit cooler than when we tested here a couple of weeks ago, and the feeling with the bike was good. The conditions were normal, but in the afternoon, with 48 degrees on the asphalt, everything that worked in the morning was a disaster. I made some tyre comparisons and felt a little improvement with the new one on the front, while at the rear I feel better with the SCX, like last year, even if you feel the drop in the heat. We also worked on the electronics, making changes that allowed me to be more consistent. In general, I am quite happy with this first day, but there is still a lot of work to be done to be really competitive. "

At what point is the Honda development?

“I think this season it will be more difficult because there are more riders at the same level, so more rivals for the podium. With the bike we have, I hope to have the opportunity to be with them, it's our goal, we'll see it will be possible tomorrow. Maybe we struggle a bit on the flying lap, but I have a good pace. It also looks like it will be cooler and I think it will be better for everyone ”.

“I offered myself to HRC if they needed my help to do some tests or races, I would have been happy to do it. They thanked me, but they preferred to avoid the risk of injury, the SBK project is very important for them, they want to win and have their rider in perfect shape ”.

“For sure Stefan knows the Honda very well, he was the rider in the world who did the most kilometres last year (laughs). I understand them and at the same time I made myself availabile for the future ”.

Did you see the French GP?

“Le Mans is a complicated track and the Hondas struggled a lot. I saw Marquez with great potential, but the conditions were difficult and he needs to be calm ”.