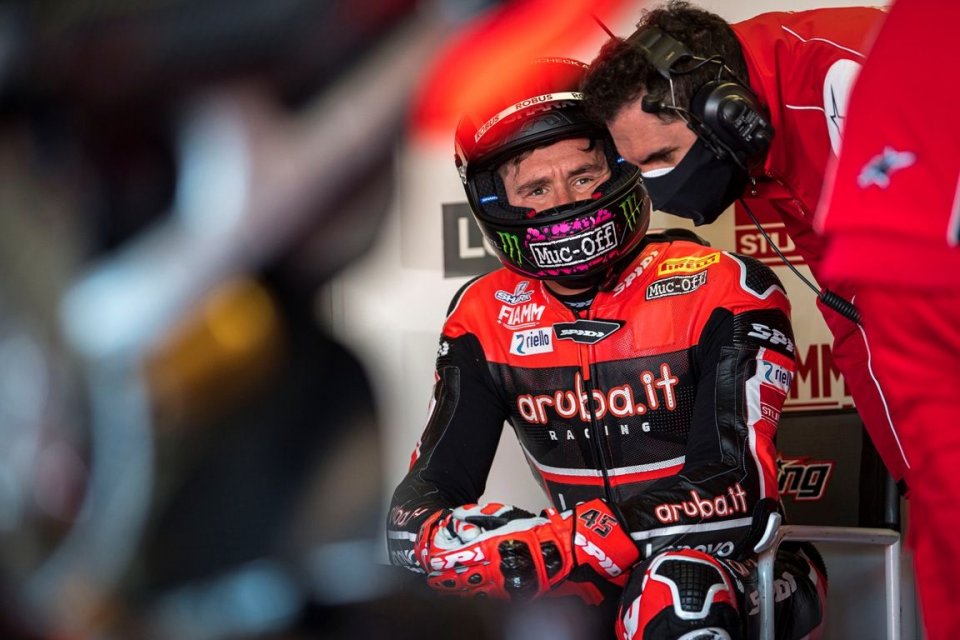 Johnny Rea and Kawasaki were the ones who ended up on top on this first day of testing in Barcelona, ​​but Scott Redding was not that far behind, just 169 thousandths away from his Northern Irish rival in fourth.

There wasn’t much in it therefore, without forgetting that the Aruba rider didn't even use the qualifying tyre to go for the time. His face is full of confidence therefore in view of the start of the season.

“I think it was a good day for all the fans to see so many riders close together - declared Scott - today I concentrated mainly on finding the pace and I didn't even use the qualifying tyre. In fact, my priority was to focus on the sensations, since I didn't feel very comfortable with the Ducati at Misano”.

In recent months in Borgo Panigale they have worked hard to give the British rider a competitive bike.

"The bike has changed a lot compared to Estoril, there hasn't been any major change, but for sure there are many small details that allow us to improve. All this gives me a lot of confidence, seeing as we are following the right path and I am convinced that we can do well in view of the start of the World Championship. "

On track with him, for the first time during the preseason, was also Johnny Rea with the new Kawasaki.

"I would have liked to have seen him in action with the new bike, but I didn’t see him. Unfortunately I always found myself on my own on the track and I'm a bit disappointed, as it would have been interesting to be able to compare myself with him or even see how he was riding.”

For Redding this is the second year and there is a lot of expectation surrounding him...

"Probably there will be a bit more than in 2020, but I think all in all it is normal. In fact, last year I had a lot of questions inside of me: in fact I was wondering if I was good enough or if I had had the right qualities to win. Winning remains the goal, represented by the world title. We know how to do it, we have the means, we lack nothing to reach the goal. For sure, the more races I win, the more calm I will feel inside myself ”.

The fact is that Scott has taken a step forward over one year ago and it is plain for all to see...

"In 2020 I got to learn a lot and get to know this new world after my BSB adventure. Now I feel comfortable and happy. Sometimes, during the winter it might be difficult to find the right motivation, since I would already like to race, instead we have to deal with constant postponements of the calendar. But I don't stop, I train and in recent months I have travelled a lot, so much so that I spent only two weeks at home ”.

"This year there is also Crazy Tito! (he jokes). He is a guy who works a lot and makes a lot of effort. During the winter he trained a lot with the Ducati V4S, the fact is that the Superbike is different from the road bike, he will have to adapt. "