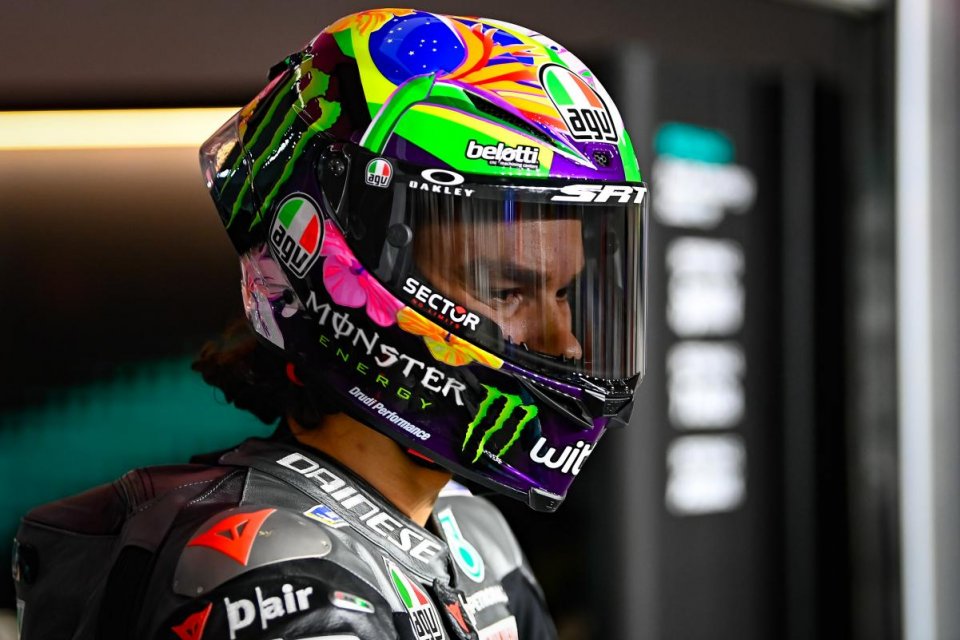 It was a Sunday to forget for Franco Morbidelli, because the Italo-Brazilian’s race was marked at the start. Unfortunately, the problem was due to a shock absorber, as he himself explained after the race.

"Unfortunately I had a problem with the shock absorber - Franco declared - it was as if it was empty, this is the sensation I felt, it wasn’t normal. The problem has a big effect, because when I go out on the track I have to lap slowly and we still have to understand the reason why”.

Morbidelli can't even give an explanation for what happened…

"We need to investigate carefully, as I had this thing over the weekend. The fact is that this problem mostly happens to me in the evening, and doesn't happen at other times of the day ”.

“I started to feel this problem in the tests and then in the race weekend. It is something inexplicable, because with the warm temperatures I can be strong and competitive. In the evening, however, I start to struggle and I have to take a risk to set the times and try to stay with the fast riders. My potential is then reversed and in the end it showed. We need to resolve this issue as soon as possible”.

Today, when he lined up, Franco already realized that his race was over.

"We had a problem on the grid, but we decided to go anyway for the race. The holeshot was activated by itself and it was not clear why. On the grid the team solved the problem, but then in the race the situation was complicated and the rear end seemed ‘empty’, as if it had no damping. Unfortunately the riding sensations were not what I had expected. If I had wanted to, I could have stopped, but I raced to study the problem better ".

Now all that remains to do is to rely on Yamaha and his right-hand man on the track, Ramon Forcada…

However, the Petronas man tried to remain proactive for the next race.

“The problem is so big that it leaves me paralyzed, numb. But I try to be calm, even if basically I'm sad. In these moments, however, I think it is essential to remain positive. The fact is that next Sunday we will race again in the evening and we will have to resolve the situation ”.

Yellow card and problems with rider equipment: two new messages on the dashboard