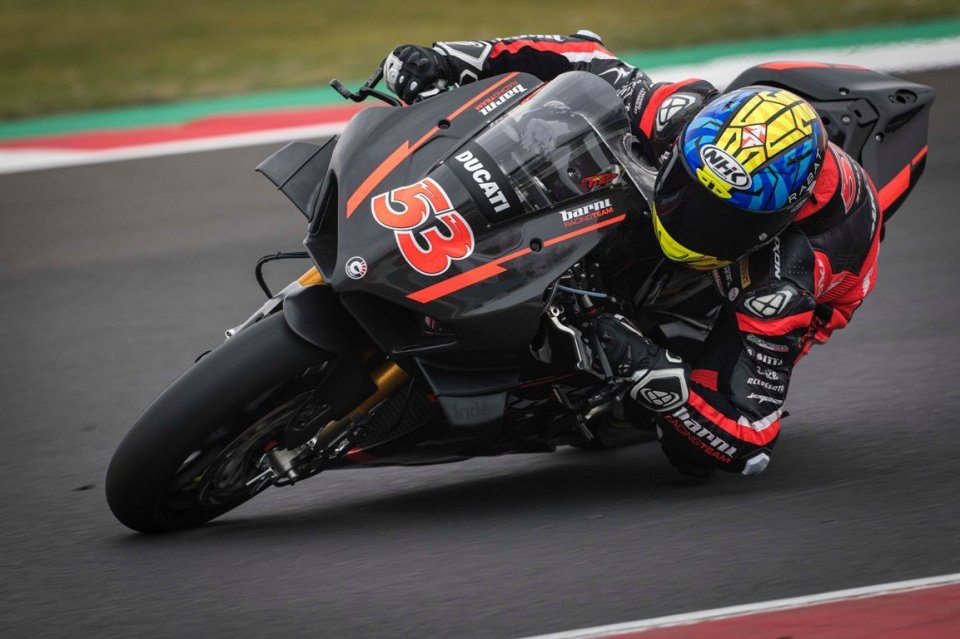 Tito Rabat's adventure on the Ducati V4 began with 70 laps. On the Misano track, the Spanish rider officially inaugurated the next phase of his career in Superbike with the Barni team. Despite the morning fog, conditions improved by mid-day and the former MotoGP rider was finally able to hit the track with the Panigale.

It was an opportunity to gain confidence with the bike, without having to aim for fast lap times: "My first impression with the new team and the new bike was positive - he said - if I have to be honest, despite the weather conditions, today I had a lot of fun riding and trying some things on the bike ”.

Rabat appeared to be confident about his new package: "I was able to found out a bit about the Ducati Panigale V4 R, where my limit was in the first time out and where I can start working - he added - for it being just the first step, it didn't go badly. I can't wait for the next test to continue improving because I've seen that we can be competitive ”.

In all likelihood his next time out will be in mid-March, again on the Misano track.

“I braked in the wrong place at the wrong time. I’ve had worst moments in my career, and I’ve always gotten out of them.”
23 hours 1 min ago