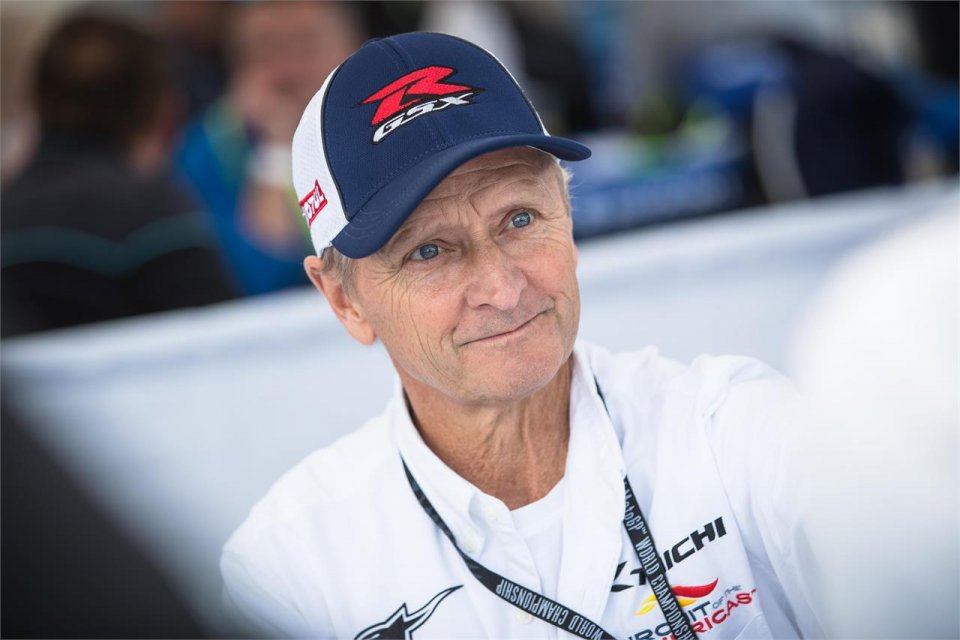 2021 for Suzuki began with a farewell by Davide Brivio, the team manager who led Joan Mir to his success. In the days following the news, there had been a lot of speculation about his replacement, and one of the most extravagant was the name of Kevin Schwantz.

The rider from Texas is one of the symbols of the Japanese company and, if there had been a proposal, he probably would not have pulled back.

“I have always said that I’d help Suzuki in any way possible if the opportunity arose. I don’t think there is one at the moment. It seems to me that Sahara is convinced that he can take the helm and continue to achieve what they have achieved without Brivio and anyone else,” Kevin explained in an interview witj  Bike Sport News. “It won’t be easy, but Sahara has been in a lot of places and has done so many things in Suzuki, like the production bike, and we worked together on the GSXR-1000, so I think he has everything it takes to be able to keep the team confident and continue to make a great bike from and develop it, so good luck! I offered to help, but I don’t want to do it full time, that’s for sure.”

Schwantz understands Davide’s decision to accept the new challenge in the Formula 1 with Reanult.

“I understand Brivio’s point of view. We said ‘there’s a new challenge out there, it’ll be a different world. I really want to enter it, understand how to succeed, and there’s no doubt that he  will,’” he explained. “Suzuki will miss Davide and Roberto. They did a great job putting together that team, a great group of guys. We hope that most of the staff will remain intact and only the Brivio brothers will be missing. Congratulations to them. It’s a team championship, I know Joan is the world champion, but these guys are the team that put it all together.”

Kevin also spoke of the young Americans who are trying to retrace his footsteps in the world championship. Starting from Joe Roberts, who he took a jab at for refusing Aprilia’s offer to race in the MotoGP in 2021.

“I don’t think you have many opportunities to get a MotoGP spot, and turning one down might have been, in my opinion, a bit silly,” Schwantz said. “If that’s where you want to get, get there as fast as possible.”

VIDEO - Merry Christmas from Axel Bassani: “We’re taking a break now, then we’...