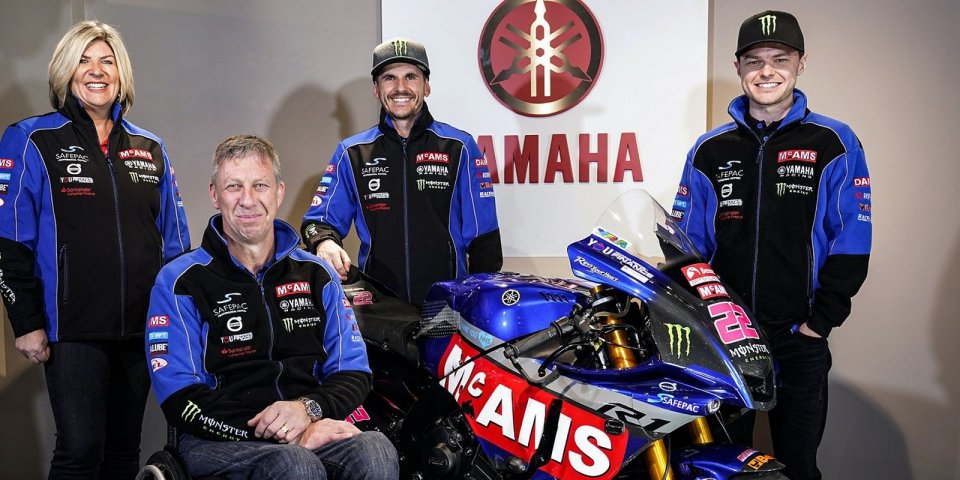 The secret to winning is constant, consistent management. This quote by the American pro-footballer Tom Landry fully reflects yet more rider market news for BSB British Superbike in view of 2021. After the announcement of the BMW squadrons, today it was the turn of Yamaha to reveal its plans: Jason O'Halloran and Tarran Mackenzie will remain in the McAMS Yamaha Team again next year. An announcement that has been in the air for some time, but it wasn’t entirely taken for granted, at the end of a highly positive 2020. For both men it will be the third consecutive year together, as they aim for the biggest prize of all.

While 2019 had proved to be a year short on satisfaction, which started badly with the contact between the two teammates on the Silverstone 'National' debut while fighting for victory, this year something definitely changed. Either because of the introduction of the all-new YZF-R1, or for the extra season of experience on their shoulders, Jason O'Halloran and Tarran Mackenzie turned out to be the big outsiders in the battle for the title.

The 32-year-old, following a long up and down period with Honda Racing UK, finally showed all his qualities: three wins and eight podium appearances are not to be sniffed at. At times considered the man to beat thanks to his extraordinary performances in the Oulton Park weekend, Jason O'Halloran then had to take second best to Josh Brookes at "his" Brands Hatch. Despite the title-pace he held for most of the 18 races, the Wollongong rider was left with a bit of a sour taste in his mouth about how the season ended.

"2020 was my best year in the Bennetts British Superbike Championship – declared Jason O’Halloran, 2020 runner-up – fighting for the title until the end and finishing runner-up in our first year with the new YZF-R1, so for me it was a no brainer to continue this project for 2021 as I feel there's a lot more to come.

Along the same lines Tarran Mackenzie, extremely competitive up to Brands Hatch. Fresh from two victories and four podium finishes, with fifth position in the championship, the 25-year-old amazed the fans and insiders for the consistency produced in the season finale. For "Taz" 2020 promises to be the year of the definitive leap in quality.

"I'm really happy to be staying with the McAMS Yamaha team in 2021 off the back of a great year – said Tarran Mackenzie - it was my strongest in BSB yet and the team had two bikes fighting for the title at the final round.  We made some really big steps with the R1 for this year and closed the gap to Josh to fight at the front until the end and I am confident there's more to come. All the guys and girls here are great and the last three years in the Superbike class have been amazing with a better result each year, so I want to continue that success."

In the name of continuity

Since 2016 the benchmark team of Yamaha in British Superbike, in addition to having confirmed both riders for the next season, the continuation of McAMS as title sponsor for the fifth consecutive year was also confirmed in the month of October. A collaboration agreement of vital importance for the Steve Rodgers-run team. With the projects already announced, now all that remains is to wait for the first winter tests. The ambitions are clear, indeed very clear: to win the 2021 BSB title.